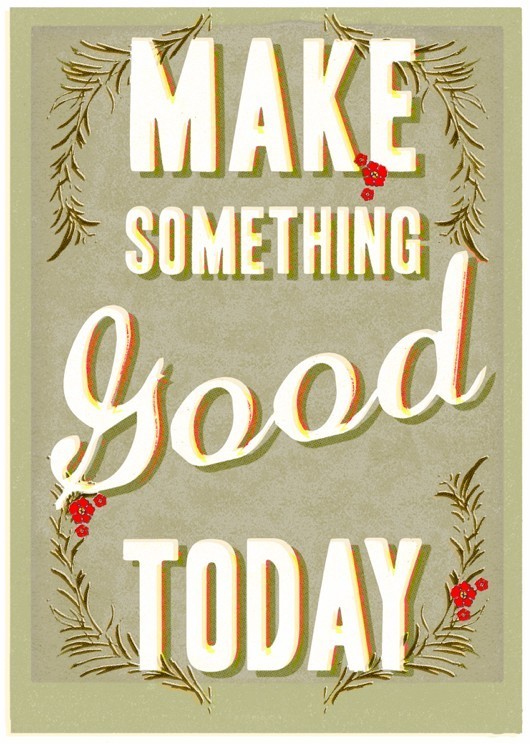 I want to talk a little bit about innovation here today.

I’ve been thinking a lot about what Grace of Design Sponge was saying about innovation. She mentioned that she didn’t see anything that inspired her or made her go wow with excitement during her trip to the International Contemporary Furniture Fair (ICFF for short). She’s been in the industry for 8 years now and with all the wonderful things that she’s been seeing on a daily basis, it’s no wonder that it’s easy for her to spot new ideas versus reworked ones (especially if they’ve been done to death!) I wondered to myself if it would get harder for me to be wowed as time goes on, seeing as how I’ve also been noticing similar patterns going round in the illustration circle.

I’ve only been blogging here for about 4 years, and I’m happy to report that there’s still so much more to cover. I’ve seen all sorts of illustration styles in the course of finding new inspirations daily– collage, digital, ink, watercolor, screen printing, pen and ink, etc; and a common thread that run between them is that it makes me happy. And being that most of the things I feature blur the line between art and illustration, a big part of it is about the subject, and of the idea that is transformed into an image – the realization of a concept is an integral part of what makes illustration so wonderfully exciting to me. That and the story behind the image. And the story behind you, the artist.

I’ve heard people talking about how creativity is hard to come by these days, and that it’s harder and harder to innovate since everyone else is doing the same thing – that is, things that sell. Now, I’m all up for art and commerce making its magic. The beauty is that art is so subjective, that it is so personal to some, that buying decisions are mostly based on emotional reactions, rather than rational ones. (There’s also some psychology involved there, but I’ll leave that for some other day!)

The point is, our buying decisions are also shaped in part by what we are exposed to. Mid-century designs and themes are really popular in the past few years – Grace was mentioning this in her video – but I’ve also seen the style getting more and more common in the illustration arena as well. There’s nothing bad about wanting to bring back the illustration style that we are so fond of; in fact I can see why it is so attractive – it’s been covered so much, and you know that it will sell, especially if it’s done correctly.

But I do caution those who do this entirely for profit. Styles may come and go, but if you’re serious about building your own niche, don’t be a copycat. I’ve seen too many artists out there who try so hard to copy characters and styles that they see, but in reality, their work doesn’t compare to the original artist. Their lines are uncertain, their focus is weak, and as always, their executions are rarely on par; mainly because they are not rooted in the years of hard work and practice that drove the original artist to reach the heights they did. Better to make it yours than ride on someone else’s coattails.

Do you want to be a second rate [insert famous artist here] or do you want to be the best you can be? Because there’s not going to be another one like you, even if others tried their darndest.

So take inspiration from the old masters, and seek out your contemporaries. Draw what they did to learn, and retrace their steps to find out what the rules are. Once you’re done, throw it all away. Make a few mistakes. Blaze your own trail.

It’s my hope that illustrators out there won’t be jaded by what they’ve seen out there. There’s always room for you, no matter what other people say or even if you haven’t figured out your own style yet. You’ll get there one day, trust me.

And when you’re good and ready, I’ll be your champion.