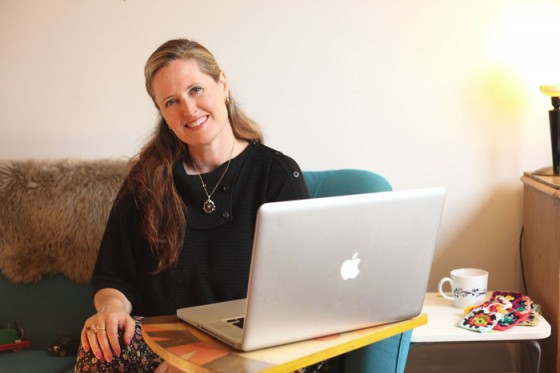 When I found out that Amelia’s Magazine was coming out with a new printed book, I could not contain my excitement! For those who are not familiar with the magazine, it’s a treat indeed – it’s a big tome filled with lots of illustrations, eye candy and made with love and dedication by Amelia Gregory. Ever since it stopped its print run a few years back (although it still exists as an online magazine), I was pining for the day when it would be brought back in its tangible, physical form.

And that day is finally here. To celebrate Amelia’s Magazine 10th year, they’re holding a special Kickstarter campaign to raise funds for a limited edition book with the theme That Which We Do Not Understand which runs from now until 29th November 2014.

I sat down and wrote to Amelia to ask her some questions about the exciting new campaign:

Hi Amelia! Congrats on celebrating 10 years of Amelia’s Magazine! Could you tell us what’s in store after a decade of being such a big part of the illustration industry?

Thank you! It’s very kind of you to say I’m a big part of the illustration industry, but I feel as though I operate on the fringes, offering a forum for artists of all kinds to showcase their work. Many go onto much bigger things, which I hope is in part due to the exposure that I offer them. I hope that my 10th anniversary limited edition artists’ book, themed around That Which We Do Not Understand, will be a reminder that the printed medium can be an enormously important and influential way to share art with the world. After a few years of working entirely online it’s really exciting to think I will once again make a tactile object.

I’ve always appreciated that your magazine is a work of art – truly. The incredible amount of detail and work that goes to each issue is phenomenal. How did Amelia’s Magazine get its start?

It began life 10 years ago in 2004, after much deliberating and research. I wanted to make a magazine that was a very personal affair, unmuddled by the demands of advertising and big corporates. At that point I could not design so I persuaded a graphic designer to mock up a few pages of the magazine and went in search of a print company and paper merchant who might support me in my dream. Luckily I found Principal Colour and they have been an integral part of Amelia’s Magazine ever since. I’ve used a variety of high quality papers over the years, but now I am excited to be working with Antalis, who are providing beautiful recycled stock for my upcoming book.

Tribal Cumulus by Mateusz Napieralski for Amelia’s Magazine That Which We Do Not Understand.

Shamaness by Essi Kimpimäki for Amelia’s Magazine That Which We Do Not Understand.

What were the problems that you’ve run into during the publishing of Amelia’s Magazine? Why did you decide to end its print run?

I always said I would create 10 issues and then see how I felt about continuing. By 2009 I was exhausted with trying to find the advertising to support the print costs (I was never very good at doing the required networking) and wanted to concentrate on creating daily online content instead. I also wanted to try writing some books and knew that I could not do everything so something had to give. On the website I no longer take advertising, which is not very sustainable as I currently have no income. But I am desperate to get back into print properly, and if all goes well with the campaign to raise funds for That Which We Do Not Understand then I plan to relaunch the website and print magazine, and have plans to make them self sustainable without advertising.

Why have you decided to use Kickstarter to fund this book?

I want to ensure that all costs are met and I don’t overproduce or get into debt. As any small publisher knows, it can be very hard to anticipate demand and I have had a lot of issues with storage and distribution over the years which I really want to avoid this time around. To secure a copy of the book a pledge must be placed because I will basically print a run to suit demand, with only a few spares destined for key bookstores such as the Tate. It’s going to be very beautiful: printed on high quality thick paper, with gold spot printing throughout. Kickstarter is completely nerve-wracking because you have to raise the entire amount or you don’t get any of it, so it’s a very good indicator of whether people like what I do.

When I got that email from you about a special edition printed book, I knew it was going to be good. Could you tell us why you chose the brief “That Which We Do Not Understand” for the edition?

In the past year I’ve had two late miscarriages and they have inevitably led me to think about things we don’t understand. We don’t really having a decent comprehension of why certain things happen to our bodies, or why certain events occur in our lives… and I wanted to explore the many ways that humans try to make sense of the world. It’s a very wide open theme and has already produced some amazing and very varied work. As well as opening the brief up to artists, for the first time I have also invited people to submit creative writing. I am super pleased with the response I’ve had so far! There are still a few days to get involved if any of your readers would like to submit work. (Amy: The closing date for submission is 16th November, so hurry!)

I love that a big part of Amelia’s magazine is about collaborations. Tell me, has the collaborative process changed from when you first started, to this current day?

I love collaborating with other creatives, and you are right, this is what has made Amelia’s Magazine what it is! There are many challenges involved with working with so many people, such as keeping on top of multiple conversations, dealing with deadlines and giving very concrete instructions to ensure that submitted work is right for publication. Since the magazine’s inception the internet has changed dramatically, and I have had to keep apace with the myriad ways in which we communicate. Luckily I love social media, and am so thankful for the way it has enabled me to collaborate with people across the globe.

Thanks so much Amelia!

To be a part of the campaign and to get your copy of the limited edition book, head over to Amelia’s Magazines’ Kickstarter campaign!