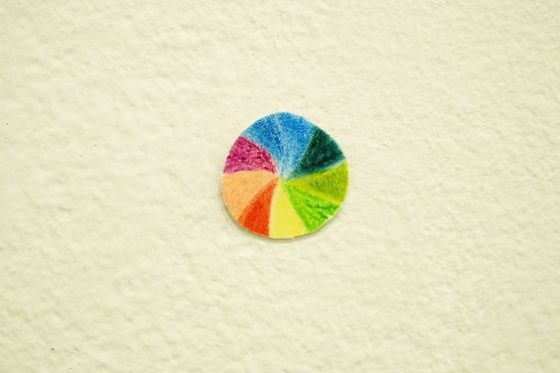 My laptop is 5 years old, and I’ve been living with this situation for about a year. Maybe more.

On the off chance that Mr. T came over to my side of a desk to use it, he would get frustrated. Grimaces even. “I don’t even know how you use this thing – it’s so slow.” I just brushed it off because it’s still usable. At least to me. But I knew it was time to do something when I realized that all those minutes – waiting for applications to open, close and process – they all added up. A big chunk of my day was waiting for things to happen. It was frustrating. It was a waste of precious time.

Getting ready is not enough

I called a service center who could get my laptop into working condition again. Turns out a few things needed to be swapped out to make it faster, if I wanted to run it with a new operating system. New RAMs, new solid state hard drives, and a complete reinstall of the operating system. Which would mean losing all my files, and that freaked me out a bit.

It took me a month to clear my files and move them to Dropbox in anticipation of the servicing.

And when I was done with the files I kept delaying the laptop upgrade. I kept thinking maybe there’s something I had missed. Some stuff that I haven’t saved. Like settings and passwords or something, or all the tabs that’s open on my Chrome.

But one day, I woke up and thought this is enough. I called the service center and scheduled an appointment to fix the problem once and for all. I didn’t schedule it the week after. I made an appointment the next day. It was now or never: I had only a few hours to straighten things out and to make sure that I’ve gotten everything I needed off the hard disk. That was it – no more waiting or waffling about.

When I got to the service center, I was a ball of nerves. I handed my unit over to the cheerful assistant and waited. And waited.

I remember why it took my so long to come here: every time I made up my mind to come, my brain goes into overdrive, making me worry about things that might not have happened. But in my mind, they could have. It was a cruel, painful circle that incapacitated and frustrated me at the same time. It was so embarrassingly simple too. Just send it over to the service center and get it over with! In hindsight, that should have been enough for me to hightail it over. But it wasn’t. It was a fear of the unknown, and I was hesitating to make the leap. And so I stalled. By not penciling in the appointment, there was no end date and thus it got dragged out for as long as it did.

Mainly I was scared that sending in my laptop for a repair would mean not being able to use it for a few days or weeks. Or that something bad would happen to it that we didn’t talk about before. Or that when I got it back, things would be worse than before. You know the phrase “don’t mess with things that aren’t broken?” Well, I knew that technically, it wasn’t broken, so I didn’t want to throw a wrench into things (but if you were to see how the laptop performed back then you might have actually thrown a wrench at it!)

Don’t put off the pain (maybe there isn’t any)

When the technician handed me the laptop half an hour later, I was shocked and relieved. But I was also surprised. It wasn’t as bad as I thought. The wait was nothing. Everything just went away – the doubts, the anxiety, the crazy scenarios that made me paranoid about sending it away for repair. Poof. All gone. What I got in return was a brand new (well, almost!) machine that was able to finally function properly, the way it was meant to be.

I now feel extremely silly for letting a slow laptop eat into my time. Heck, even that spinning beachball was not much fun to look at. But it got me thinking – don’t we all have something that we put off for another day? I’ve learned, that if it’s not something that you look forward to, it probably might not happen (until it’s too late).

So while you may not have the exact situation like I did. Maybe you’re putting off going to the dentist. Maybe you have a project you’re not ready to show to the world. It might be a small thing, or a big one. But if you’re putting off something that should have been done a long time ago, take a leaf out of my book –don’t let it drag on longer that it should because there’s a ripple effect that you might not know about. Here’s what you can learn from my sorry experience:
Pencil it in.
Schedule an appointment.
Set a date.
Just get it over with.

What about you? What’s the one thing you’re putting off right now that could improve the way you work?

Q+A: Should I follow my heart or my head?

2 Replies to “Oh just do it already”