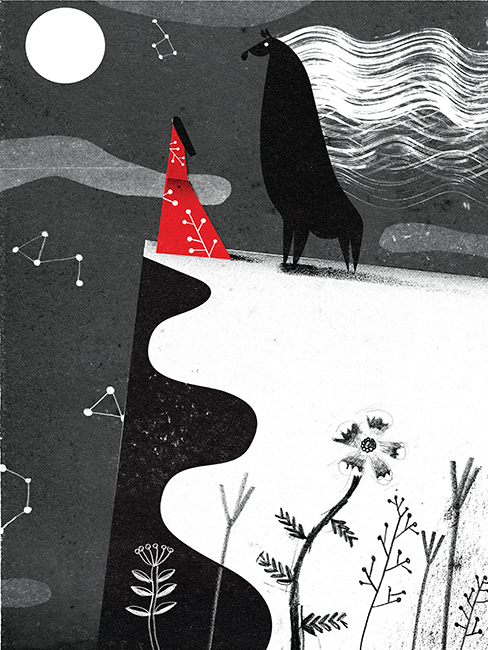 The new year (as it so often does) brings with it renewed optimism, hope and with it, the best of intentions.

Great intentions, all lined up neatly in the form of new year resolutions.

Ah, the long line of promises you make at the beginning of each year to be a better version of yourself than the year before. To eat healthier, to move your body more, to be more present. To read more, draw even more, and to be braver when it comes to asking for more.

It’s a good thing really, resolutions. So why can’t we stay on track past February?

Because it’s hard to break 10 – or for the more ambitious among you – 20 habits in such a short time.

Let’s face it. That long list of things you’d like changed or improved? They’re there because in reality it’s something you feel that you lack or aren’t paying enough attention to. And that’s really awesome because acknowledging them is half the battle won. The other half though, now that’s a real tough nut to crack.

It’s easy to write down faults you have and what you want to do to improve it. But faults, like habits, are hard to change. So what works?

I’ve stopped making resolutions 10 years ago. But that doesn’t mean I didn’t grow or change. Far from it. I quit my job, I took on freelance jobs, gave talks, taught at a university, learnt coding (among many other things), read more, and traveled more, etc.

Wanting to make changes to your daily life isn’t just filled with affirmations on how you pledge to be different. It’s about taking concrete steps, little by little, day by day to reach your goal. It’s unsexy. It’s tedious. It’s hard work. New year resolutions on the other hand, can be like bursts of positive emotions and hopefulness, Instagram photos with random inspiring quotes, and stuttered promises made when you’re drunk. Guilt and hopelessness sets in not long after.

So here’s what I recommend instead: make a to-do list.

Not some fancy schmancy list of life-changing resolutions that you tape to your fridge on January 1, where it stares at you every day when you wake up in the morning when you grab your milk – only to be taken down, tattered and stained with failure and regrets of not being able to tick them off at the end of the year. No more.

Figure out what you want to achieve, then write down what you’ll do to get there. Heck, you can even omit writing out the big goals. Just write out what you’re going to do every little step of the way. I’m talking about the most boring, mundane things that will trick your body/mind to complete it. Don’t just throw up a big life goal without a plan on how you’ll get there – we all know when we don’t know where we want to go, we’ll just stay where we are. It’s comfortable. It’s nice. Change is hard. And we also know that if you don’t pencil things down (and subsequently tick them off), nothing is going to happen. Step by step is where it’s at.

So if you want to make a new resolution this year, do yourself a favour and start a to-do list.

You can thank me on 31st December.