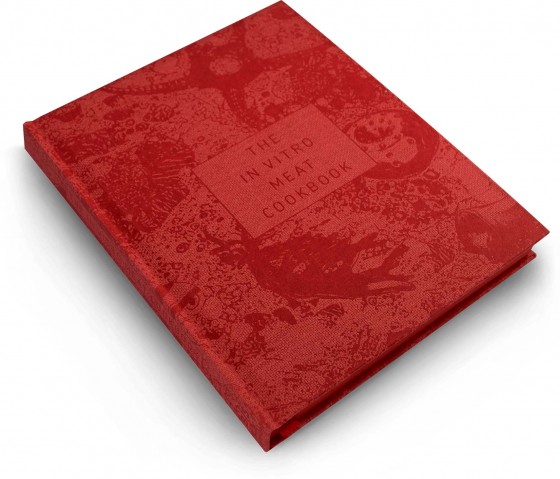 I don’t get emails that pique my interests enough, but when Silvia Celiberti sent me one that talked about her illustrations for a new book called The In vitro Meat Cookbook – an intriguing publication about the future of laboratory meat and it impact on our society, culture and habits – I knew I had to see for myself what it was all about.

From Silvia’s description of the project:

In 2013 the world’s first lab grown burger was cooked. Nevertheless, many people still find it an unattractive idea to eat meat from a lab. And rightly so, because before we can decide whether we will ever be willing to consume in vitro meat, we must explore the new food cultures it may bring us.

The In Vitro Meat Cookbook is a project by Next Nature. I collaborated with the creative team in developing and visualising the wild recipes in typical meaty fashion (red ballpoint), with more than 40 “meta- illustrations”. The stylistic choice meant  to communicate further than what’s merely the pictorial aspect of the image; as somebody would when encountering something utterly new, foreign and mysterious, we tried tried to document the In Vitro Meat Cookbook future until its most idle details.

The In Vitro Meat Cookbook aims to move beyond in vitro meat as an inferior fake-meat replacement or horseless carriage, to explore its creative prospects and visualise what in vitro meat products might be on our plate one day. 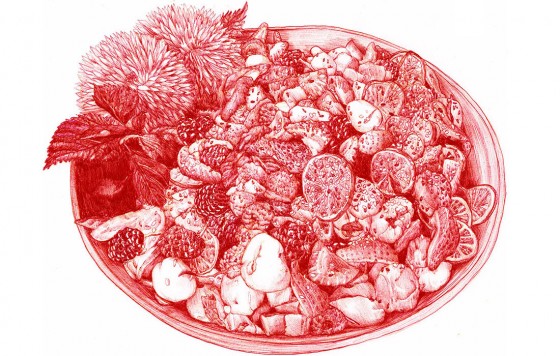 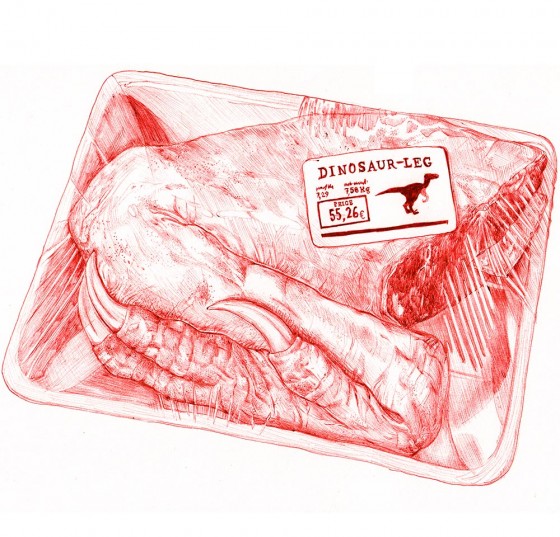 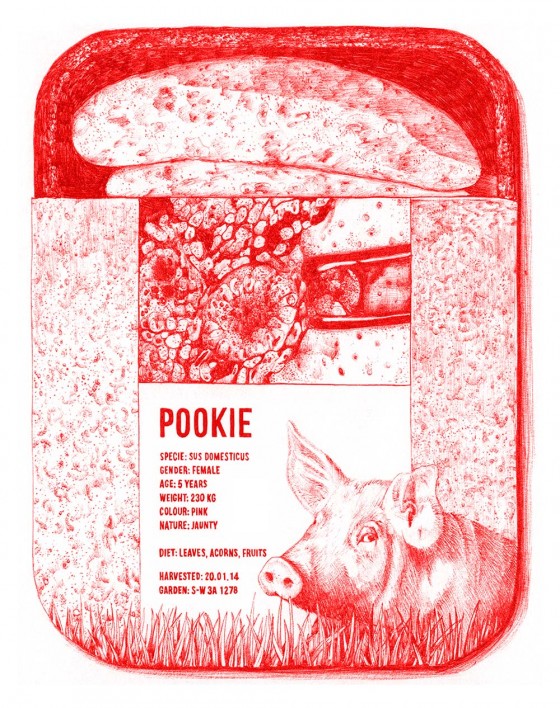 Her illustrations, using a red ball point Bic pen is detailed as it is beautiful in its outlandish suggestions (but is it?) of what the future might hold for such scientific discoveries. Her previous portfolio shows a mix of projects that shadows her passion in food, the environment, sustainability, and community that has led her to projects that somehow merge these topics together. As she so succinctly describes the intention for The In vitro Meat Cookbook:

The aim of the project was not to promote lab-grown meat, nor to predict the future, but rather to visualise a wide range of possible new dishes and food cultures to help us decide what future we actually want.

Go ahead and see her portfolio – and be wowed with not just her illustrations, but by her humour and yes, her brains.