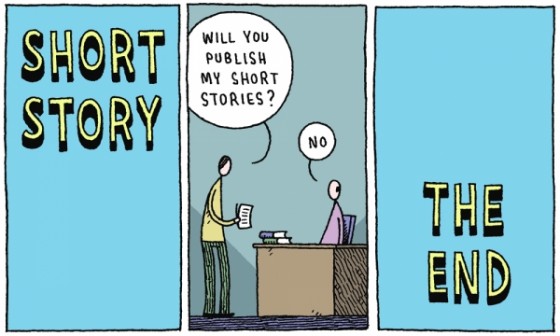 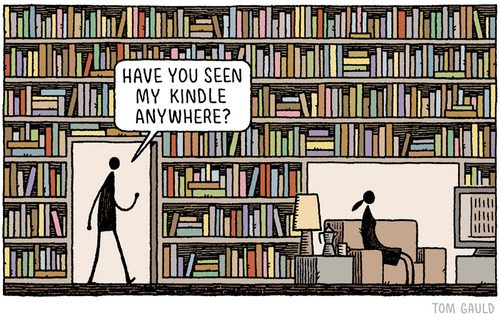 I first came across Tom Gauld’s work on Flickr, and once I started looking, I couldn’t stop. Tom works in the UK as a cartoonist and illustrator; counting The Guardian and the New Yorker among his clients. His comics are filled with robots, astronauts hapless personalities that combines innocence with wry wit – there’s so much eloquence in his panels, delivered in a deft swift kick.  I read an interview from 2011 where he talks about what he does, and I wanted to share some snippets of the interview that I thought was really thought-provoking.

On  his working process:

I sit and think and doodle in my sketchbook until I have a good idea. Then I’ll make rough pencil sketches on copier paper till I have things worked out visually. Then I hone these sketches on paper and in photoshop till I have a rough version of the image which I can send to anyone who needs to approve it. Then I will print out the image and use a lightbox to trace an ink version which I crosshatch then scan back into the computer where I can clean it up, tweak bits and add any colour. I love using the computer but I try to stay away from it till I’ve done most of the thinking for an idea, looked at it from all sides, because I feel that once the computer is involved things are on an inevitable path to being finished. Whereas in my sketchbook the possibilities are endless. 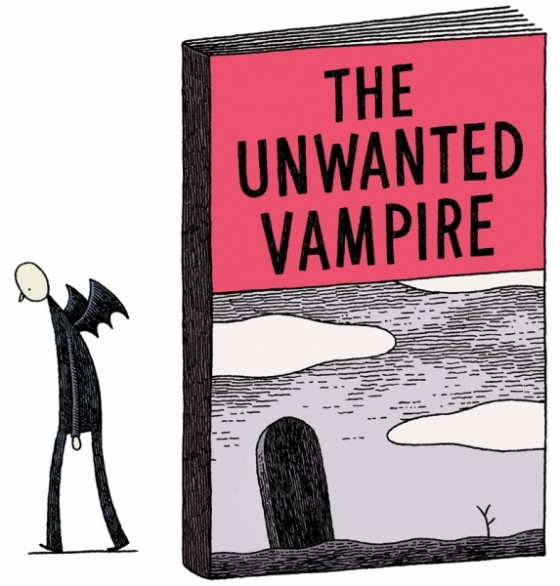 On illustrating a book cover versus a cartoon:

I feel more pressure doing a book cover than almost anything else, I think “This author has probably spent years writing this book: I mustn’t mess it all up with a crap cover”. So I have to try and find a way to react to the book and make something which is suitable, but is also strong and interesting in its own way. 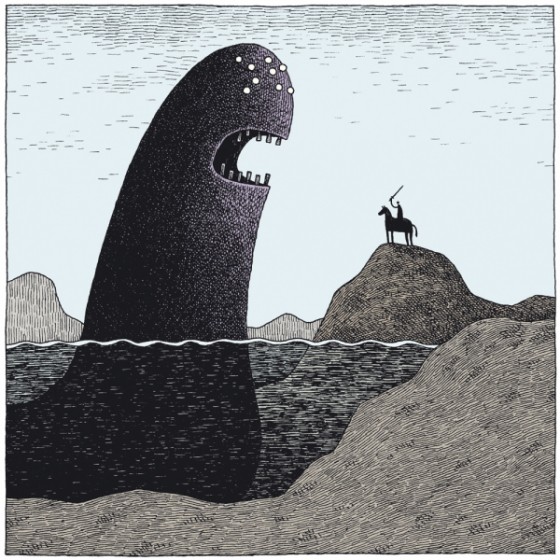 On how Edward Gorey has influenced his work:

I like that what he makes is unclassifiable: he makes picture books for adults which aren’t comics, many are self-published but they’re beautifully produced. I love his drawing, the odd narratives, the design of the books, the compositions, the hand drawn typography: everything really. The way I crosshatch (with small “patches” of short lines rather than long ones) I learned from Gorey.

On what he thinks is next for books and print:

One thing which might happen with the rise of e-books is that the books that DO get published in paper may have to justify themselves by being better made, designed and illustrated. That would make me happy.