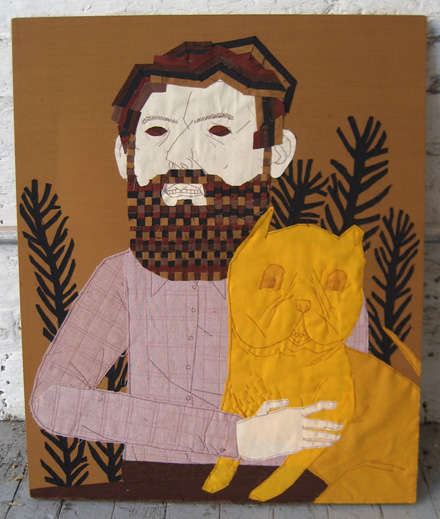 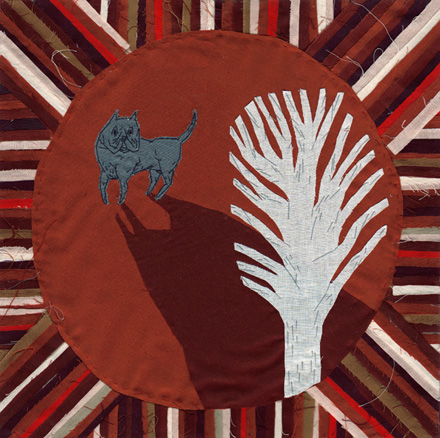 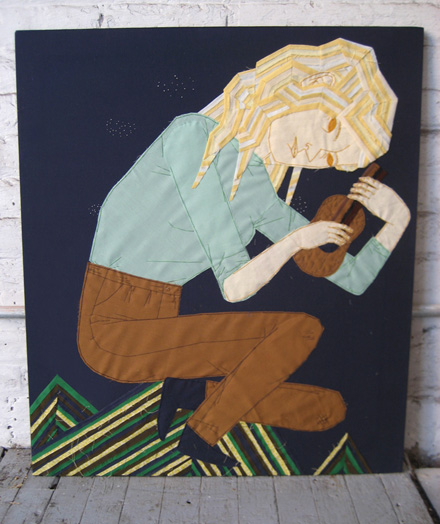 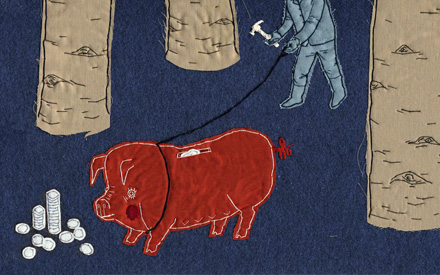 Emily Eibel is a Brooklyn-based illustrator who makes these beautiful stitched artworks. I believe she has perfected the process of drawing with string, with plenty of works to show for it as well.

And the most interesting of all is that not only is she good with a needle, she’s a vector god too — producing vector based illustration (that leans on the side of pixellated art) under another name: Tomby Illustration. 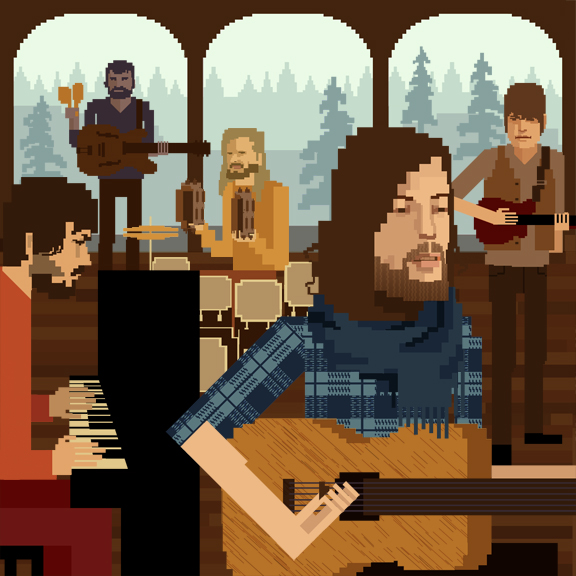 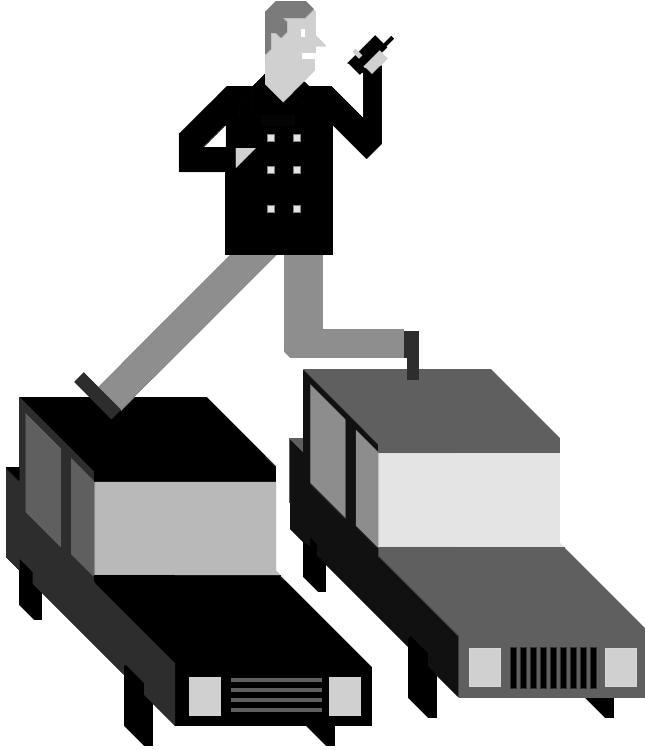 At first glance, her styles may seem to be vastly different from one another. But upon closer inspection, they share a common concept — one that is based on building up an illustration pixel by pixel; and the other stitch by stitch. One may be more organic and the other more geometrical, but oh what an eye she has!