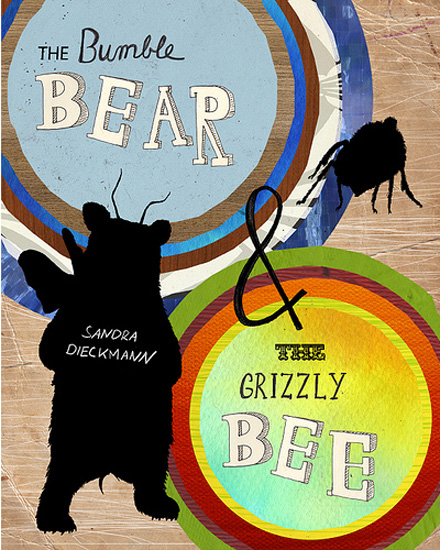 First off, I’d like to thank Amy for giving me the opportunity to write as a guest blogger and introduce to you one of my favorite artists out there. Sandra Dieckmann is an illustrator, graphic artist, and dreamer living and working in East London. She recently came out with her self-published book (in magazine format) The Bumble Bear and The Grizzly Bear. This book tells the story of the big Grizzly bear and the small bumble bee fighting, but eventually overcome their differences. 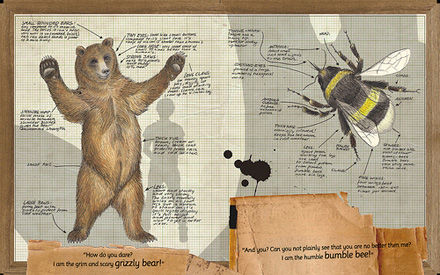 The story is heartwarming, but the illustrations really make this a spectacular book. Sandra used a delightful variety of color and texture throughout, focusing both on the biological features of both animals, as well as on the dreamy aspect of the story. “The characters are set in sceneries which are both assembled on my desk and sometimes digitally put together. [The multimedia] way of working was part of the concept. In a way the book really combined illustration with graphic information design. That was the aim anyway,” says Sandra. 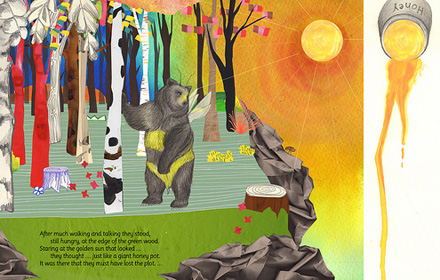 Sandra grew up in Germany in a tiny village surrounded by nature, and although she studied graphic information design (and fashion, for a very short while), she believes that her versatile approach to creating comes from her childhood. Says Sandra, “My head is full of stories and creatures and conversations. I can’t be any other way. Sometimes I think it is the way I was allowed to be free without fear so early on that ignited this dreaminess. I explored the woods, spent loads of time reading, drawing, and just making things. I think I just never stopped.” Information design helped her to organize the stories and unsorted thoughts that sometimes clutter her brain. “I like being able to step away from whatever I’m working on, taking a deep breath, turning around a few times and getting back to into it.” 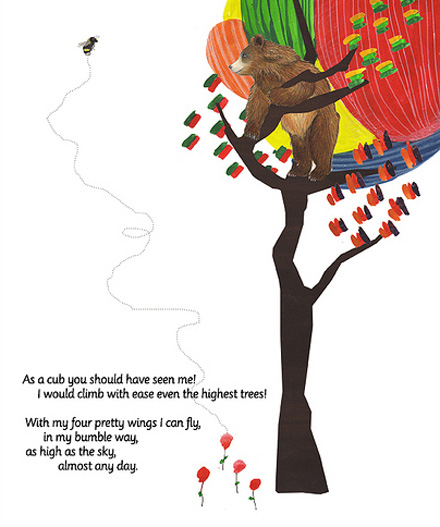 Fortunately, the book ‘The Bumble Bear and The Grizzly Bear’ feels like Sandra was truly able to capture her wonderful imagination and bring it together into one harmonious yet exciting work. It’s a good read for children, giving them the chance to explore the biology of bees and bears in a fun way, as well as for adults who can marvel in the beautiful design and universal meaning of the story.

Sandra emphasizes the importance for people and children to learn how to be open and curious to the things around them. Being true to one’s basic interest in the world around them formed the basis for her work on ‘The Bumble Bear and The Grizzly Bear’: “I think I’ve never stopped creating since I was that little girl,” says Sandra, “there’s a wild child in me and a very mature, analytical adult. I can laugh at clouds and cry about beautiful trees, but I’m also deeply interested in the psychology of humans. If there’s on thing I’ve learned after caring for my mom who died in 1998, it’s that you can’t work against your basic design. Life is short. Always be honest to yourself. For me that means doing what I do.” 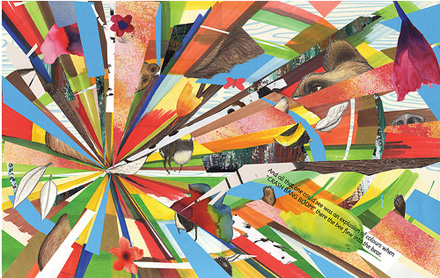 You can buy a copy of Sandra’s book here. Or view it online here.

Catch up on Sandra’s blog here.

10 Replies to “Guest post: The Bumble Bear and The Grizzly Bee”