In part two of my recap on the Etsy Virtual Lab talk on Inspiring Creativity, I’ll be covering the topic of creativity in business, creative competition and what to do when you are challenged by a copycat. 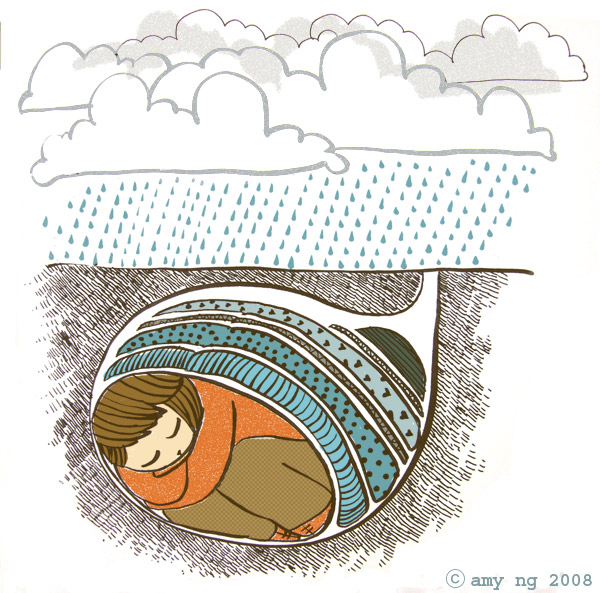 Do you spend your time worrying about copycats?

Creativity in Business
I believe that small businesses are fun. And that as a small business owner, the best thing about spearheading a creative business — no matter if you’re an independent store owner, an Etsy seller or a freelance writer — is that you are able to change your strategies whenever you feel it’s necessary.

Unlike the bureaucratic red tape that big organizations have, you’re in charge of your company’s fate. If that marketing strategy isn’t working? Change a new one then. Not happy about how people think about your items? Find a way to make it better. It’s all up to you to steer your ship. And that’s why creativity in your work will also reflect in the way you do your business. When you train your mind to think out of the box and to experience new things, you are letting in fresh perspective instead of allowing yourself to follow just one track or just meander in the footsteps of others.

Challenging assumptions is also a powerful way to see what is wrong with the current state of your business. Why is one tactic better than the other? Measure your results constantly, and from then build on the information that you know. Without testing and refining on a strategy, you’ll never find out what works and what doesn’t, and may give up before weighing in on your options for improvement.

Creative Competition and What to do About Copycats
I believe that competition is a good thing, and I believe that monopoly breeds complacency. During the course of your research, you’ll be taken to competitor sites of whom you glean a little inspiration in the making of your own wares subconsciously or not.

This is not wrong. Almost everything has been done before. The trick is in how you interpret the idea and make it yours. Making things better is one option. And so is changing aesthetics. But your goal ultimately, is to solve a problem.

So what if you created the perfect product?

What if you are afraid of getting ripped off?

My take on it is that you can be angry for awhile. Write them a note telling them you are on to them. Do it again if they persist. But here is when I say stop.

By acknowledging and pursuing the matter with a copycat, you’re wasting valuable time and energy focusing on the wrong thing. You’re an artist. A designer. Someone who is creative. And what do creative people do? They work on that next big thing. They innovate. And being innovative and pushing the envelope is what every small businesses should be doing.

Unless, of course, you might be afraid that you can’t possibly do better than your current creation — and that’s when a lot of people has let fear (and anger) gain control of them. Yes, you can get a lawyer, a letter to cease and desist, and fight it out till the end. At what cost though? If it’s substantial enough an amount, the answer might be yes. But for the rest of us, what do we do? We move on to bigger, better things; because once you’ve made something great, you should have that quiet confidence that you’ll be able to do it again. And don’t just say it. Put your heart into it.

And here’s an important thing to consider. The copycat items aren’t as fabulous as yours. And their price point would probably be lower to entice customers. If competing on price is the only thing they can offer, what good will it do for their business? I figure they have to work twice as hard to make that knock-off look believable for a very tiny profit. That my friends, is not what you would call a viable business. Yes, it’s irritating, but for the most part, it’s just plain stupid.

The most important thing you need to remember is that your copycats are serving a market entirely different from yours, and you have no fear of crossing paths or wrestling with them for what you deserve. One caveat: If their item is way fabulous than yours even though you thought of it first, then turn the tables around and learn from them and make it even better. The point is that you do something about it.

Great ideas made by designers and artists are copied all the time. Mass production allows everyone to get their hands on them at a lower price point. Remember mobile phones? They were almost the size of a suitcase when it was first launched, and yet people still bought them! But what happened? People got busy and tweaked the design, making mobile phones smaller, faster, lighter. And the process is still ongoing. Bigger corporations with mass production plants and innovators serve a different market, and if we take an objective look at the situation, we have them to thank for that mobile phone we have in our pockets, instead of it being something that is only within reach of a select few.

Conclusion
So there you have it — this was the gist of the whole talk which I thoroughly enjoyed doing (the time seem to just fly by!) Of course there were other fun bits, like how I tell others that I watch Southpark when I’m stuck in a rut (anyone like fishsticks?) and also how my husband mixes weird cocktail concoctions because he’s not afraid of introducing something new into his drinks (or mouth for that matter.) and so he’s also my hero when it comes to freeing the mind to accept new things.

I’m already planning a return to Etsy’s Virtual Labs in the next coming weeks, so if you’re interested to see me up there again (without the cowlick this time, ahem), it’s best to subscribe to the Pikaland mailing list.

What do you think? I would love to hear your thoughts and I’m always up to learning more, so fire away!

Copycats & lessons we can learn