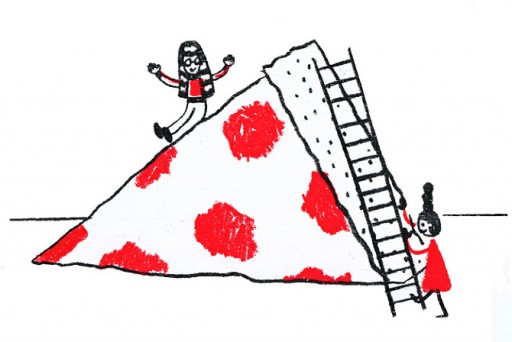 Ever remember how scared you were when you did something new?

I get scared every time. I’m easily scared. And that’s the truth.

It’s not just the big stuff either. It’s the small stuff. I constantly worry about whether I’m doing the right thing, if I’m good enough, if other people think I’m good enough, whether an idea will sink like Titanic or will it fly. Worse, what if it just get several hundred yawns across the world? That would not be good. To me, it’s worse than the idea tanking altogether.

As I get older, I find that it’s easier to allow fear to take over. Maybe because I know I did a lot of crazy things when I was younger. Like the time when I came home from my job as a full-time magazine editor at 8pm at night, and then coding up my blog until 3am (darn those pre-Wordpress days) and then going to work at 8am the next day – without ever knowing what will come out at the end of all that. I did this for a few months until everything was set up just the way I wanted it to be.

Or like the time I climbed a few respectable mountains during my school days. Before I started my first climb, I was so scared that I couldn’t complete the tough trail ahead, which usually took about 8-10 hours. Or worse yet, my team mates would have to bring me down on a stretcher (that happened to someone else!) That didn’t happen at all; though along the way, I got bitten by leeches so bad that when I picked them up, all fat and heavy from sucking up my blood, I just tossed it over my shoulder like they were nothing but pieces of lint that hung to my shins. Meh, I said, and plodded on.

So when in retrospect (maybe it is for me) – when I think of the stuff I did when I was younger, I feel like those days were an adventurous time in my life. As I grew older, I learned to avoid the potholes and to fix things that go bump in the night. I started to feel safe – and I even subconsciously choose the safe route, instead of taking small risks or even go in search adventure. Looking back, I might even think that what I did back then was foolish. And I bet that if people ask me if I would do it all over again right now, I’d think “heck no way!” But I’m glad I did – and I’m better for it.

When we’re younger it’s easier to heal from rejections, and somehow our skin is a little thicker too. It’s easy to want to take the quick road, the one with the less hassle and obstacles. The one where you know exactly what happens next. The safe option. But life isn’t like that.

It was crazy of me to think that I could survive on my own – joining the ranks of many freelancers out there after I said goodbye to a stable and rather glamorous job as a magazine editor. But I did. Although I was living in fear for the first two years – wondering when my time was up and that I would go back to working in a cubicle – I just tried my best and put myself out there. And here I am, 6 years on, going strong and having lots of fun.

It was crazy of me to create an online class for artists and illustrators that told them to try new methods for getting themselves out there, instead of just sticking with what was the norm (which hadn’t worked for many). Sure, I was scared of being a failure – but it didn’t matter, because I had a mission, and I did it because I didn’t feel right if I didn’t at least try to change some minds.

And just recently, it was crazy of me to start a survey where I asked information about income. I had wanted to do it for the longest time, and it wasn’t just because I was curious. It was for a bigger reason – I’ve talked to a few artists and illustrators who were doing other jobs on the side (myself included) and I thought it was something that was never talked about openly. So I thought to myself, why not start a conversation around it? And so I did.

And oh wow did I learn a lot. And it wasn’t just the stuff that you guys were sharing with me. I learned things I never thought of before I launched the survey. I sat on it for 3 weeks before I plucked up enough courage to hit the launch button. But apparently 3 weeks wasn’t enough because I missed the mark on quite a bit of things. Things like how I should have looked properly at the main continents of the world instead of just looking at my stats (sorry people in Africa!) Or the fact that maybe some people would have wanted to not share their income for the survey (I’ve added the option to avoid it if you’re uncomfortable). There’s more, but I’m already embarrassed enough as it is. The main thing is, I wouldn’t know all of these things if I hadn’t put myself out there, and especially if YOU didn’t tell me. But I’m so glad you did.

Because I know that with every choice I make there is an opportunity to learn and to grow.

And I don’t want to grow old and be afraid of failure.

I’ve learned that conquering my fear of failure doesn’t just come from doing the work or putting myself out there. It’s about being hopeful that whatever happens, I’ll trust that it’s going to be fine – especially if I learn from the experience and make sure I won’t repeat the mistakes I made. I don’t want to let the accumulation of age or experience hinder me from taking that leap into the unknown, because I’m still constantly surprised at where I land when I do.

So here I am. I’m listening.

And my question for you is this: what have you done to conquer your fear today? Are you taking that small step in trying out a new illustration style? Or are you planning to talk to your boss about trying out a new flexi-time schedule so that you’ll have more work-life balance? Or are you gathering up enough courage to say hello to that girl you see every day at the library? Share your story with me in the comments – I’d love to know.

NOTE: The Pikaland 2014 survey will still be up for another 24 hours, so if you haven’t participated, consider this your last call!

[Illustration: Climbing the Ladder of Success by Grace Danico] 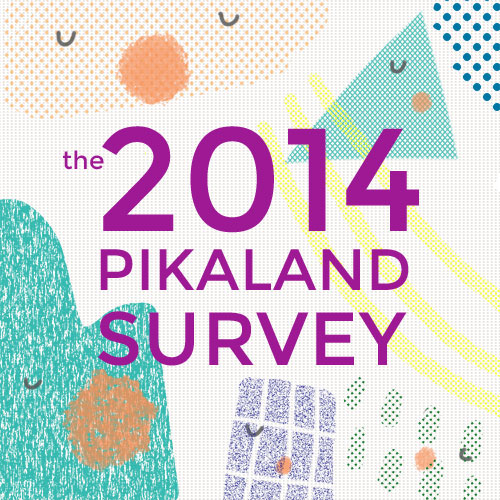 [CLICK THIS LINK TO TAKE PART IN THE 2014 PIKALAND SURVEY]

I have a tradition here at Pikaland. You see, every year, I send out surveys to see how you guys are feeling about what I’m doing here, and how I can improve. And this year, it’s no different.

In addition to the survey I usually send out, I wanted to make it so that it digs a little deeper. This time, the survey touches on a subject that rarely gets talked about: money. And as with each survey, I’m inviting you to take part in the conversation because I’d love to learn how I can help you more.

In return, participants will be able to see a summary of the responses pertaining to income (we know there’s a lot of mystery here!) For those who aren’t artists or illustrators, but instead are big fans of their work, don’t fret – this survey is also for you! And not only that – each participant (the ones who choose to give their name & email address!) will be entered into a special draw where they get a chance to win a spot for my online course Work/Art/Play that starts in September this year! (NOTE: this giveaway is for genuine participants only – the more you share your thoughts for the survey, the better your chances – it’s just fair!)

The survey will only be up for a week and will end on 6th May 2014, so don’t dawdle – just do it already! Thank you so much for all your support, and I look forward to learning more about you!

[CLICK HERE TO TAKE PART IN THE 2014 PIKALAND SURVEY] 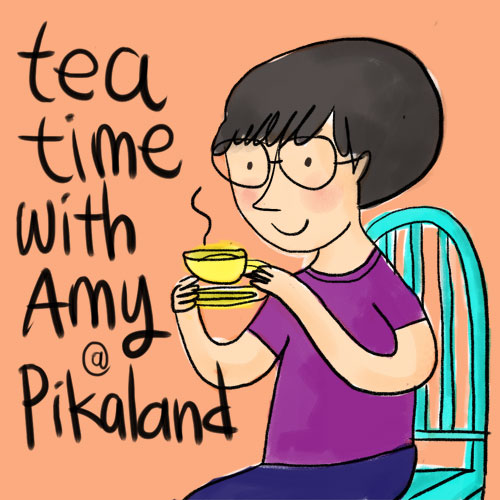 I’ll be at The Workroom in Singapore on Saturday, the 3rd of May 2014 – where we’ll spend an afternoon drinking tea, munching on some delightful stuff that goes with tea, and draw! So if you’ve ever wondered what to do with your creative talent, or if you’d just like to add some zing to your weekend; come on over to the informal workshop and let’s sit down and chat!

You can register for a spot over at The Happy Shop (but hurry, there’s only very limited space because we’re keeping it small & tight!)