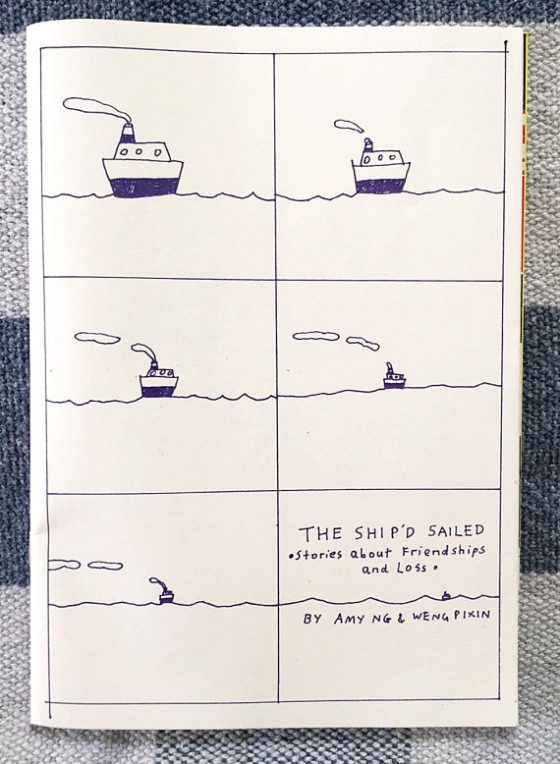 I have been missing in action for a few months now, and I’m sorry I didn’t leave a note or an explanation. So many things have happened in between then and now – life got in the way (among many other things) and I just couldn’t bring myself to write for the past few months. The good news however, is that I’m easing myself slowly into being back into the groove of things (it feels like 2018 has just begun for me!)

While I didn’t do much writing here on the blog, I do have something new to show – I created a new zine in collaboration with Weng Pixin and it talks about friendship. Or rather, the lack and loss of it, all wrapped up and titled “This Ship’d Sailed”. Now, I’ve experienced friendships that have gone on and off, or perhaps even on again. We’re not bitter nor angry about them – we just felt that there’s a certain mystery about friendships, of how feelings and emotions tied to such relationships can affect us so much. 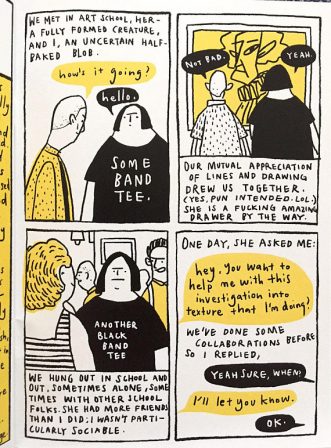 Who hasn’t lost a friend in their life? Or who hasn’t felt the stung of rejection that arose from not feeling like they belong? Or what about feeling less than memorable? So much so that you feel tossed aside and ultimately forgotten? It hurts a lot, and I can relate.

This was the reason why Pixin and I decided to create this zine – it’s 40 pages long (yes!) and consists of 7 artists sharing their stories of lost friendships – from friendly fallouts to eventual growing-apart-itis. It’s a less talked about subject – so many people were celebrating friendships that we thought that it might be interesting to talk about the flip side to BFFs.

Having had my fair share of friendships that did not turn out as well as I had hoped, I was hoping that I wasn’t the only one who felt hurt, left out and bewildered by such incidences. Turns out, it’s quite normal (if what I see and read from the contributors are anything to go by). Perhaps you’ve gone through something like this as well, to which I say sharing is really caring.

Have you ever lost a friendship that was near and dear to you? Or perhaps you’ve felt a little sidelined by a group of friends before? I’d love for you to break open those floodgates and release your frustrations and feelings, and share them with me. Who knows? You might just help a friend or two (even if you don’t know them as one yet).

To see the insides of This Ship’d Sailed zine in all its full-colour glory, head over to my Etsy shop for more pictures and to get yourself a copy!

11 Replies to “A zine on friendships and loss”