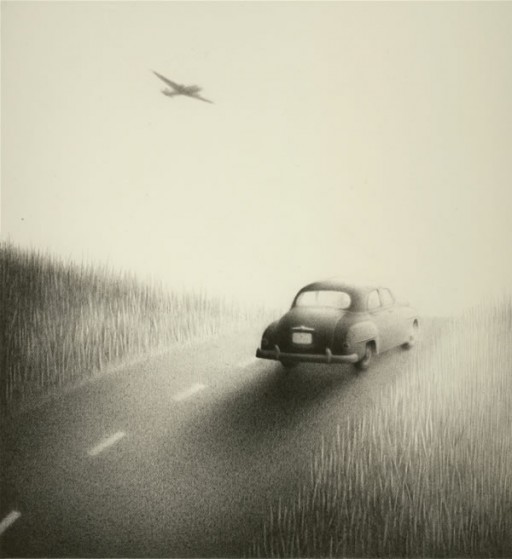 I’m prone to bouts of forgetfulness.

If I had a fight with someone, I’ll forget what it was a few days later. Major ones take a few weeks, but then I rarely have those sort of arguments anyway.

I’d forget about where I put things when I was younger, and I would be so frustrated with myself that I came up with a system to make sure that it didn’t happen again. I’d mentally take a snapshot of when I do certain things so that I can revisit them in my conscious archives to see where things were. I also wrote things down in a list. “Moved diary to first left drawer on the right – check there”. I’d label things I couldn’t see through – boxes, envelopes, etc., just so I wouldn’t lose sight of what was in them; even if they were literally out of sight.

I’d forget if I locked my car, or if I left the gate open (every dog owner’s nightmare) – so I double check every time. Having certain rituals and being in the present when I’m locking the gate or being aware of my actions as I twist the key to lock the car helps tremendously in reducing the panic attacks that come with the sudden realization of things I might have forgotten to do. Stuff that when forgotten, leads me to imagine bad stuff happening that would leave me worked up, time and time again, which then leads me to ask myself why I let myself do this to myself… yet AGAIN.

And yet, with all these tactical action plans to keep myself in check, something managed to slip through the cracks. A big one too. Sometime between November and January, I forgot about where I’m heading, why I’m here and what I’m supposed to do next.

With things that happen on a daily basis, it’s too easy to fall into a pattern. Life moves along at breakneck speed, especially when you’re just a passenger strapped on for the ride. Somehow between that time, my grip on the driver’s wheel loosened and instead of eyeing the road ahead, I found myself curled up, peering out the side window instead of navigating my journey.

It was scary. It was as though I was in a bit of a haze, with short-term amnesia in a land where everyone knew my name and my purpose but me. Apparently a bout of viral fever, stomach flu, coupled with a succession of flu hits does that to the mind and body; in addition to time tending to family obligations and lack of rest. What a way to ring in the new year!

But then I slowly began to pick up the pieces.

It started with a Skype interview for SmArt Mouth Creatives by Cotey Bucket (here’s the iTunes version). During a mock rehearsal that I orchestrated a day before the interview (everyone does this right?) I began to remember things about myself that I had seemingly forgotten. In the end, doing the podcast and being interviewed was fun, cathartic, and like any good therapy, it left me exhausted but thrilled at my own progress. We talked about how Pikaland began, and what drove Work/Art/Play (my online class that was held in September last year – Cotey was one of the students I worked with).

That same week, I was also scheduled to meet two local writers who were looking to interview me for my work at Pikaland. It was the first time that I was going to be covered in depth at a local level and I was a little nervous. My stomach does a little flip each time I get recognized at an event. I get embarrassed easily, not knowing what to do with the attention – although it’s always fun in the end, and I forget all about my anxiety soon after (I’m forgetful, remember? It’s a blessing and a curse at the same time).

So I sat down with them and they were curious about everything I did. I answered questions from how it all began, what the blog meant to me, what my goal was – everything that I thought my mind had blocked out came back to me in a torrential swoosh. We talked for almost 3 hours, locked in a dialogue that felt like a reset on my brain. The more I talked, the haze that blurred my vision slowly dissipated; and when it lifted, I could see clearly the road that was in front of me all along.

It turns out that I left my car on auto-drive while I sat at the passenger seat and took a long nap.

My hands are firmly on the wheel, and I’m ready to go, baby*.

*Baby is what I fondly call my 15-year old car.

Where are you at right now? Are you a passenger in a moving car or are you manning your own chariot? Have you ever felt lost in your journey? What did you do to get through it? I’d love to hear your personal stories and/or advice!

If you like reading this post, think of all the goodness you could miss out on (you know – because life happens!) I’ll make it easy for you to keep up by sending you an email once a week when I write something new. If this is something you’d like – then head on over here to sign up for the mailing list!

8 Replies to “The one where I forgot where I was going, and how I talked myself out of it”