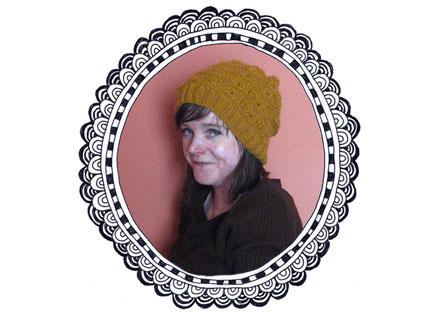 I’m struggling with this one.

I just heard from a Pikaland reader, Karen, that Racheal Anilyse – artist, illustrator and a lovely contributor at Pikaland – passed away on November 18 last year.

Throughout the years that I’ve known Racheal, I’ve never known that she was battling a rare skin disease. It’s the kind of person Racheal is. We exchanged long emails about work, illustration and everything under the sun. We talked about everything – except the challenges that she’s facing physically; it’s something that she has never mentioned, not even once. I’ve known her to be a wonderful person and friend – upbeat, passionate and deeply encouraging. The kind of friend that I would be drawn to in real life.

Instead of memories of long talks or bear hugs that would dot offline friendships, all I have now are strings of lovely emails and various snippets of our online exchanges; along with a remorse that is hard to shake off.

The last I heard from her was that there was a surprise package that was on her table, just waiting to be sent out from her trip to Paris (it has become a sort of running joke between us). I’ve always told her to take her time, and that I’d look out for it in the mail – whenever that may be.

It turns out that I might just have to wait forever, and that’s perfectly fine.

I’ll miss you more than you know.

I am Racheal Anilyse’s mother. As I am sure you have heard, Racheal passed away on November 18, 2011. I know she was a contributor to Pikaland. What you may not have known about Racheal was that she had a very rare skin disease since birth. It is called Epidermolysis Bullosa and she was born without collagen, which is like the glue that keeps the skin together. Any mild trauma would cause breakdown of the skin and treated like a 2nd or 3rd degree burn. Due to the repeated breakdown of the skin, Racheal has had severe contratures of her hands since the age of 12. Essentially, she has not fingers and just thumbs. She never wanted anyone to know this because she wanted to be taken seriously as an illustrator and she didn’t want to use her disease to advance her career. Unfortunately, due to the continued breakdown of her skin, she contracted squamous cell carcinoma (skin cancer) which spread to her lymph nodes and eventually her liver. She was brave and courageous and rarely complained. She kept her sense of humor and wit until the very end and was surrounded by her art and family. I just thought you should know.

I just heard the most uplifting news from Laura (Racheal’s mom) that their family has started the Racheal Anilyse Art Initiative through the Rose Foundation of Haiti, and that the University of Hartford School of Art has established a scholarship in Racheal’s name.