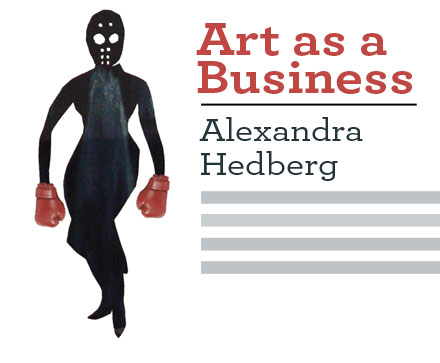 We have a new teacher coming on board for Camp Pikaland and it’s none other than Alexandra Hedberg – an artist and teacher based in Sweden! Read our interview with her about her new self-study class, Art as a Business to find out about her journey and how she made her art practice into a solid, thriving business, and how you can too!

Hi Alexandra! You talk about art business over at your blog. Can you tell us a bit more about your background and how you’ve reached the stage you are at now?

I studied art (painting, printmaking, art & technology) for seven years and art history for two years, but not at any of the Fine Arts schools that really count here in Sweden (something I later learned would have made it much easier for my career as an artist).

In 2004, while finishing my master in Art & Technology, I made my first public commission (a mural) and started my own business as an artist. 2004-2009 I made ends meet giving evening classes in art (lousy pay), exhibiting regularly and getting occasional commissions. I made some efforts now and then to advance and got some results, but I mostly felt that I was reacting to urgencies (read: just managing to get a new income before running out of money) and never managed to do any long term planning. It was more like outbursts of efforts sometimes and not much following up. I wasn’t drowning but it wasn’t like I was sitting in the boat steering either; I wasn’t exhibiting in as good galleries as I wished to, I worried about money and I didn’t feel I got the calm concentrated periods of studio time that I needed to develop artistically. In summer 2009 I felt it was time for a change – and decided to get in charge. To put extra pressure on myself I started a series on my blog where I wrote about my experiences so far as an artist and shared some of my goal setting and progress reports. 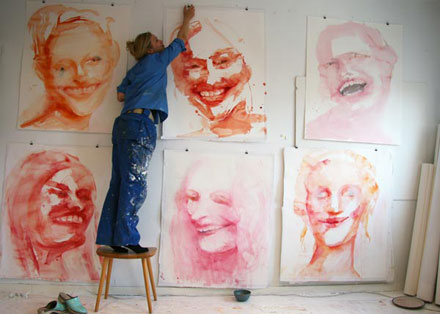 Alexandra mounting watercolors on the wall in her studio

When I’m now summing up 2011 I really feel that I have reached the part-goals on my way; I finished a monumental commissioned art piece (exactly as I wanted it!), had two good separate exhibitions, was guest-teaching art (screenprinting) at University level, made an interesting art project with children, spent a week in a guest studio and another week taking a concrete course, managed to get altogether five months of concentrated studio time and got myself a little economical buffer. This only making a living as an artist – also counting guest-teaching. I still have a way to go to reach my final goals, but I feel I’m getting there!

Can you tell us a bit more about your new self-study class – Art as a Business? Who is it for and what knowledge would you seek to impart to those who take the class?

My self-study class is for artists/illustrators at any level feeling stuck.

Being talented isn’t enough to get somewhere as an artist or an illustrator. Sure – some people actually do get lucky, but this isn’t something you should be counting on as a career strategy. So instead of waiting for the prince to come and rescue you -or being angry with yourself for not getting anywhere – you could follow my self-study class! I’ll share my own knowledge from the last seven years and the structured systems that have worked for me. I’ll be asking questions that will make those taking the class define their goals better and I’ll teach them how to map out their own master plan and give them the tools to do so.

Read the entire interview at Camp Pikaland where you can also sign up for Alexandra’s class! 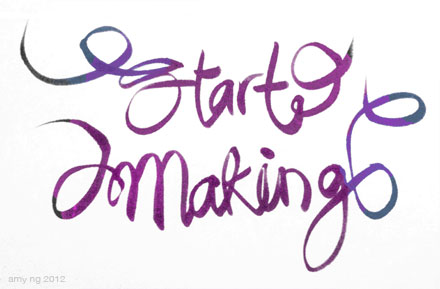 I’m inspired by this quote by Seth Godin this morning:

“If you’re an artist, a leader or someone seeking to make a difference, the first thing you do should be to lay tracks to accomplish your goals, not to hear how others have reacted/responded/insisted to what happened yesterday.”

It’s excellent reminder for those who may be reacting instead of creating (me included!) So hide the Twitter stream and log off from Facebook; pull up a chair and make your mark! 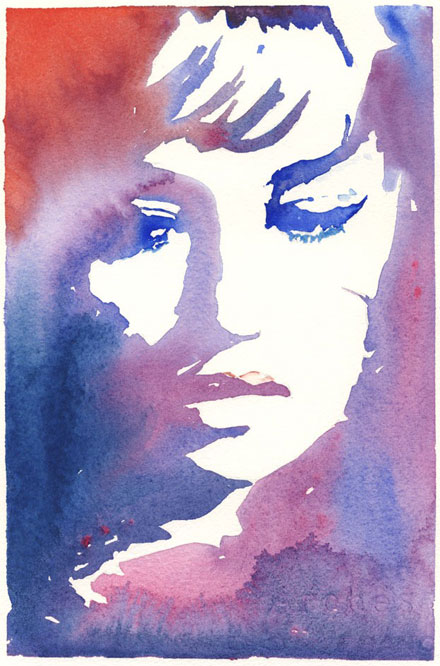 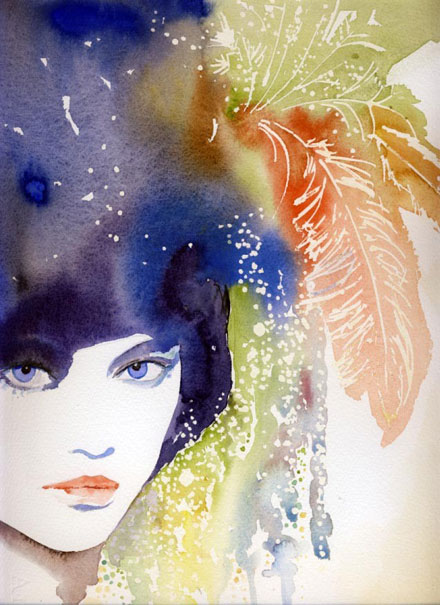 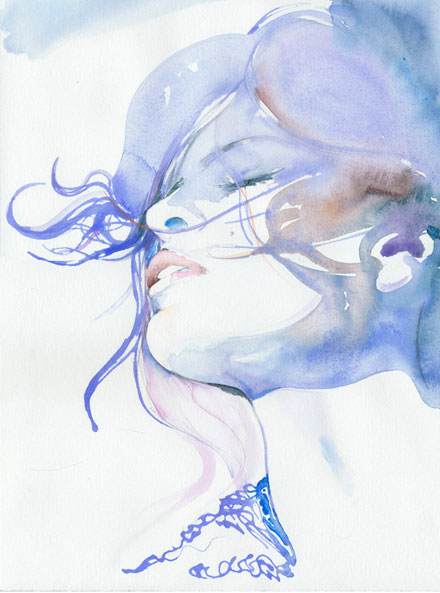 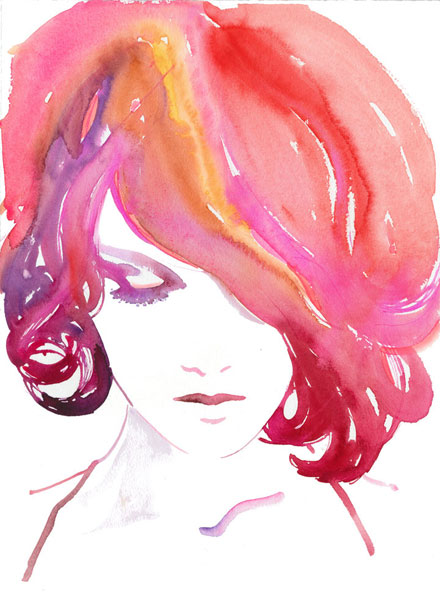 The end the week, I’m enjoying these lovely watercolor lovelies by artist Cate Parr, who grew up in England but is now based in Los Angeles.

Remember my post on Racheal’s passing? I just heard the most uplifting news from Laura (Racheal’s mom) that their family has started the Racheal Anilyse Art Initiative through the Rose Foundation of Haiti, and that the University of Hartford School of Art has established a scholarship in Racheal’s name.

Have a great weekend folks – I’ll see you back here on Monday.