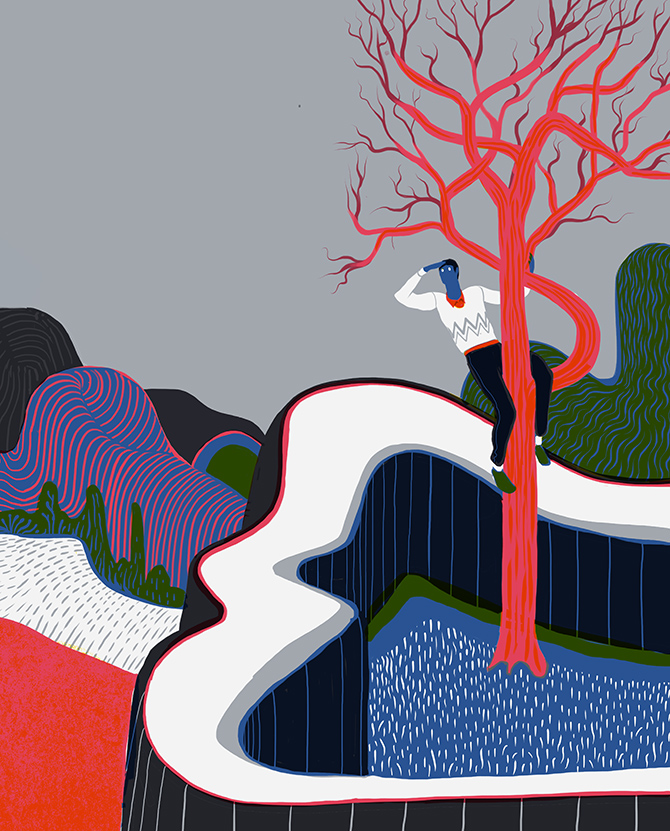 One of the apps I’ve rediscovered during the lockdown is Pinterest.

The unending scrolling of beautiful images offered a means of escape from life (as I knew it). With every flick of the scroll wheel, my mind would be filled with ideas of how I’d like my home to be, what new craft projects I can come up with, and also the number of tutorials that are on there is staggering.

Don’t even get me started on those quick, bite-sized video/GIF tutorials – they’re a time suck, but I can’t seem to look away.

There’s so, so many of these inspiring little nuggets, and so little time. I only have 2 hands after all. Plus, let’s face it, I need to dedicate some time to maintaining my sanity during this seemingly never-ending pandemic too, by doing absolutely nothing on some days.

Naturally, my students are also avid fans of Pinterest – when it’s time to draw and sketch out their ideas, they turn to the website for hits of inspiration to get them through the assignment at hand. When it’s time to present their work in progress however, it’s very easy to see who they’ve been copying, even though the sometimes they would omit the names of the artists from which they took creative liberties with.

To be honest, I have more problems with them not crediting the artists, rather than copying their style.

Copying as a way of learning

I suppose I should start with a caveat: when I say copying the works of others, I meant respectfully re-create for personal learning purposes, and not to profit, or benefit from in any way, shape and form – that’s clearly plagiarism, and I do not support that at all!

Learning is not one straight path, but a meandering road – one that leads you down rabbit holes and dead ends, where you sometimes have to backtrack quite a bit before following another path. Maybe you might even have to start all the way back from square one.

Copying is one of the best ways of learning. Apart from just trying on different stylistic choices, there’s a whole lot of other things you should also look into to; things such as stories, ideas, concepts, process.

Learning from another artist, and trying to emulate them is like getting a map without instructions, and figuring how to get from point A to point B. Some artists record their progress for all to see and it’s wonderful – you get clues that reveal just a bit more on how you can get there. But in most cases, you’re left to complete and reveal the mysteries of it all by yourself.

And therein, lies the magic.

Because you see, the act of copying is a great motivator in itself; a curiosity that culminates in movement. One that makes you strive to be better, to be as good as the artist that you admire. It’s a self-taught journey and process in which you figure out the things that work, and those that don’t. The process itself is valuable: it arms you with creativity, grit and perseverance.

However, for most people, this process comes to an end once they’ve managed to copy the styles of their favourite artists adequately. Having unlocked this achievement, they stop. And while this may have been the main goal of the exercise from the very beginning, there’s another step that would elevate their work even further: pressing onward, despite not knowing where they’ll end up.

Once you’re able to recreate a particular piece, the next question becomes how to make it uniquely yours. (I use the term uniquely yours loosely here, because no work of art is truly original, not even the work of the artist from whom you’re copying). Every work that you’ve seen is a remix, a rehash, of something that already exists. Once you’ve finished copying someone else’s work for the sake of learning, I recommend that you do a bit of remixing of your own.

How can you change it?
What can you mix up, tear apart, or add to it that would make it yours?
What would happen if you break it altogether?
What if you tried something new?
What if you played around with it?
What if you let go of the end result, and instead, focus on how you feel while you’re doing all of the above?
What if perfection was not the goal, but experimentation?

What you’ll find at the end of that, is something new, but also something different.

Perhaps you’ll even discover clues about yourself.

What have you learned from copying others?

One Reply to “Copying as an act of self discovery”