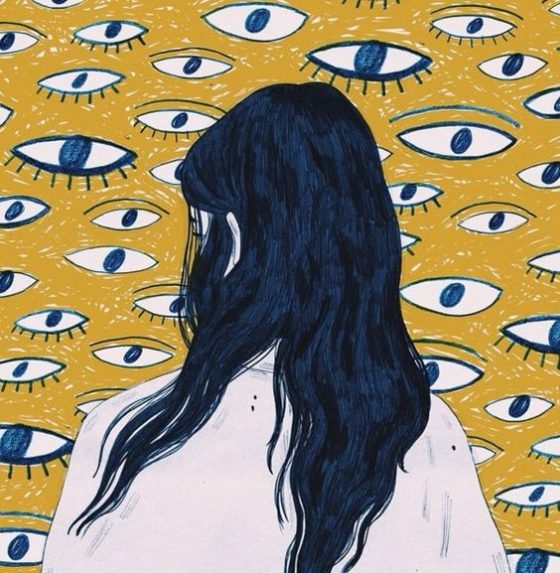 Social media isn’t going away, so why not just embrace it right? If you can’t beat them, why not join them?

I’m not particularly keen on having my pictures taken.

When I was a teenager I had horrendous cystic acne that could have scarred me for life. That whenever I walk to class, I might be ambushed by some well-meaning (yet tactless) folk who would look at me and ask “why is your face like that?” I couldn’t look in a mirror for a year or more because when I look at myself I would cry. Or that when I got up in the morning my pillowcase would be spotted with blood and pus from the night before.

The scars and pimples have mostly gone away. The ones you could see anyway. The ones deep down – those are hard to shake off.

So I cringe when I think about having to take a photo. My mind goes into a bit of a tailspin.

It used to be that when pictures were taken, they wouldn’t see the light of day. I’d rest easy because who would go through those pictures anyway? I would nervously laugh and think that it’s okay. I was mostly right. Like old photographs that belong in photo albums, your audience would be your Uncle Marvin or Aunty Yvonne – mostly family, and rarely shown to anyone else.

These days, however, whenever I hear a shutter click (or a phone click), I freeze up. Those photos aren’t just going to sit in a soon-to-be-forgotten album. They’re going out to the whole wide world. Before you know it, that picture with my face on it will be uploaded, tagged and bandied about, dangled in public waiting to get some likes and shares. My thoughts at this point: I feel like an animal who was an unwilling participant in a photo-op at the zoo, trying to claw its way out of the frame.

I’m self-conscious, with a side of self-loathing going on. Throw in some jealousy plus envy, and there’s that: the reason for my lack of updates, photos or selfies on social media. I don’t have a strong reaction to those who do post them, however – my motto is and has always been to do whatever you like.

If you ask me to take a selfie together with you though (effectively making it a wefie), I hesitate a bit before my brain tells me to snap out of it: by golly, smile and make sure you look at the right place so you won’t look like a dork when it’s plastered on Instagram or Facebook. OK? Here we go!

What I do instead

Seeing as I’m not brave enough to have my face on the screen most of the time (these people are brave, in my book!) or that I don’t share a lot of stuff online, you can bet that my social media feed isn’t the best place to hang out. If it were a room, you’d see cobwebs and the occasional visitor saying “is that it?” and then leave to find where the party’s at.

But that’s fine with me. I’ve always been a private person anyway. And that’s how I like things. I don’t clutch at memories, going all possessive and hissing “MINE, ALL MINE” – it’s just that I’m not inclined to share them with anyone else, because while they mean a lot to me, I’m acutely aware that they might not mean much to other people.

You still can share them anyway – I can hear you say. True, I can. But I choose not to. Well if you’re a more private person like me, what should you share? For me, it’s not just about what I’m sharing, it also has to do with how much I share. I share the things I’ve seen (sometimes). The places I’ve been (maybe). And some of the things I hope that others might find useful (not often enough).

Should I worry that I’m not keeping up on social media? Maybe.
Would it affect how others look at me? Maybe.
Would I be forgotten? Maybe.
And that’s okay.

You see, if I did force myself to post on social media more than I’d like, it’s akin to feeding an imaginary monster because you’re scared that it might just eat you up. So you throw everything you have at it in the hopes that you’ve fed it enough for the day. Until tomorrow. And the day after. It’s very, very tiring. That’s not what I want, so I chose to opt out of keeping up with the rigorous schedule needed to sustain a social media presence.

Of course, some people actually do like the monster (in which case they’re no longer known as one). They’re real good friends with it and they have a beautiful relationship that’s based on mutual trust and respect. That’s perfectly fine too. I’m envious – jealous even.

Now if you’ll excuse me, I need to toss the monster a bone.

You know where to find me.

I work for free (sometimes).

What do you do, exactly?

17 Replies to “What if you don’t like social media very much?”