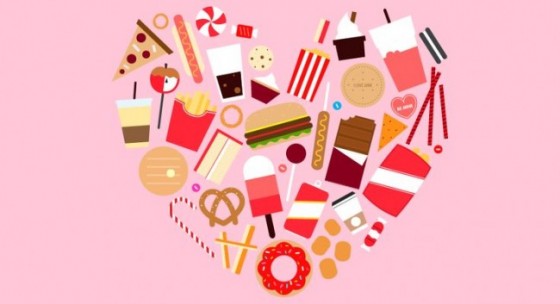 Ah, the internet. What would I do without it? It’s a portal that bounces me from one wonderment to the next – an inspiring road trip filled with jaw-dropping illustrations and illuminating interviews, with sideshow attractions of fun video tutorials to community hangouts for every niche under the sun. The internet is the gateway to inspiration on demand, and it seems like the more sidetracked I get, the hungrier I get for more.

When you have a source that beckons with creativity and inspiration 7 days a week and 24 hours a day, it’s easy to be sucked into a loop. There’s always something interesting a mere click away. I know for a fact that I’m not alone in my predicament. In the age of Pinterest, Facebook, Twitter and the many infinite scrolling art & design websites (I liken it to a bottomless well of beautiful things just waiting to be discovered) – what does this mean for artists?

The National Centre for Biotechnology Information’s research in April 2015 has surveyed that the average attention span of people in 2015 is now 8.25 seconds, compared to 12 seconds in the year 2000. That means our capacity for holding attention is 30% less compared to 15 years ago – and it’s not surprising, given how our brains are hard-wired to crave new information; according to Bruce Morton, a researcher with the University of Western Ontario’s Brain and Mind Institute.

With each click leading to the next and the more information we devour, the novelty wears off quickly, and off we go in search of better, more beautiful, more interesting things. It’s nasty cycle that perpetuates itself; leading to a host of other problems like a lack of productivity (hey, where did the time go?), procrastination (just one more website!) and for some, the inability (or reluctance) to dive deeper; to analyse and synthesise the information they’ve already visually absorbed.

I’ve talked to college students who were confused by it all – there was no lack of inspiration, and yet they weren’t inspired. They grew up with the internet being a very big part of their lives, and yet they seem to be suffering from inspiration fatigue, and couldn’t understand why. One theory that I brought up was that perhaps they’ve been looking at what was already completed and done by other artists, therefore subconsciously they didn’t need to figure out the process for themselves (hey, since it’s already been done!) Replicating something visually without finding out the underlying thought process behind it all is just like skimming the water without knowing its depths. It’s also a little like eating junk food all the time, which tastes great but isn’t very good for you.

I recommended my students to try and be more conscientious of the information they took in. Instead of merely looking at the aesthetics of the many works of art in front of their screen before jumping to the next, how about they pause for a moment and focus on finding out more details about it instead? Dig through archives of the artist’s work, and perhaps catch a glimpse of their process. Maybe it works and maybe it doesn’t (the ails of over-inspiration runs far deeper), but the reminder to dig vertically instead of mindlessly pacing horizontally might just be a good start. I needed the nudge too as I’m sometimes guilty of the same.

It’s times like these that it’s useful to remember Charles Eames’ quote:

Art resides in the quality of doing, process is not magic.

[This is an article I originally wrote for Illustration Friday]