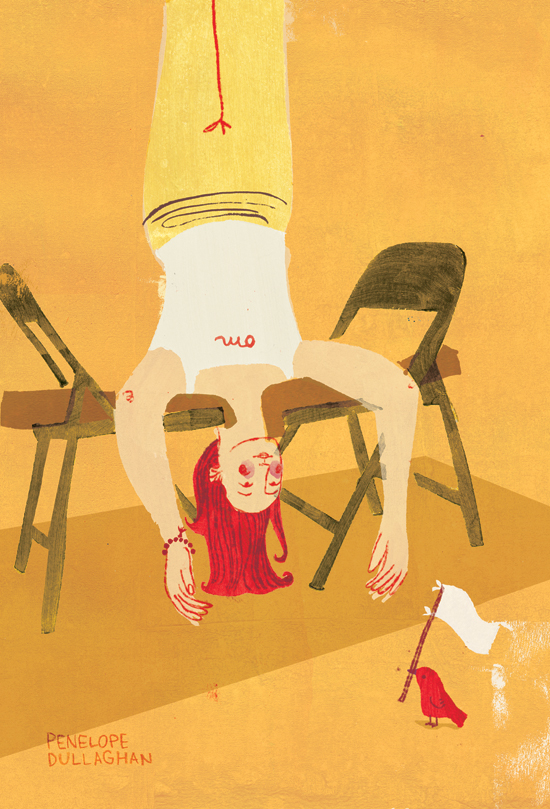 Here’s a secret about me: I love to exercise. Having been exposed to different sports training while I was in high school it only made me love my body more when it’s in movement.

I’ve been on various teams: rhythmic gymnastics, volleyball, hockey, running, mountain climbing, and taekwondo – all at the same time. And when I’m not at school picking up a ball, I’m at home skipping rope and doing mat pilates. Early morning swim runs with my childhood friends remain in my memory as one of the fondest activity we get together for. Being in the water makes me feel as though I’m fully immersed in the moment – as though my body is one with all that is around me. This was why I mentioned that drawing for me, is like swimming.

But age catched up. I found that I could no longer run without feeling it in my knees afterwards. I took cautionary steps to alleviate the pain, but after many years of following Mr. T along with his run, I’ve decided that it wasn’t for me. So now I concentrate on doing yoga flows and pilates stretches instead because it helps me open up my shoulders – hunching over my keyboard or Wacom tablet for long periods on end makes me feel as though a curled up ball of wrangled nerves at the end of the day.

With any yoga pose (or anything at all, really), practice makes perfect. But one particular pose has eluded me for many years – the yoga push up (also known as the four-limbed staff pose). For those who don’t know what a yoga push up is, it’s basically a push up but instead of your arms being the same position as your shoulder when you bring your body down, it’s instead at a 90-degree angle, with your upper arms running parallel to your torso, so that your body weight rests on the middle of your body instead of the top of your body (and your wrists are holding your body weight up at the middle!) I just read that last sentence and oh man, here’s a case when a picture tells a better story.

So I have lousy upper body strength it seems, and no matter how much I try, I fall flat on my face every time – never mind that just getting to that bit was a torture in itself. Imagine this: You’re ready to do a push up. You square your hands, resting your hands firmly on the mat. You take a deep breath, and hope that this time will be it – it’s the time you won’t fall flat on your face because your arms betrayed you. So on to the beginning of the descent – a few inches down – and oh boy! It’s looking pretty good so far. A couple more inches, and your upper hand begins to quiver no matter how tightly they’re tucked away at your sides. Your thigh begins to feel nervous, trembling at intensity of keeping the body parallel to the floor. And during that last pivotal moment when you’ve almost hit that 90-degree angle, your body gives way, and everything – your hands, thighs, torso and all – come crashing down in a tangle of limbs.

I thought to myself there’s no way that I could do it. Some muscles obviously did not get the memo that this is the one thing that is still on my list.

My poor yoga mat almost has an imprint of my face from the many times I’ve landed face first into it. But I still kept at it. Lately, I mixed up my routine a little and instead of letting myself fall, I allowed myself to go as far as I could without diving head-first into the mat. And then, right before I felt that familiar jelly-like feeling creep up my hands, I come up for a cobra pose (here’s what that looks like).

It felt really good. I did a couple more each time.

And today, I tried the yoga push up again on its own, and I was surprised at not landing on my face. In fact, my face was an inch away from the mat as my body balanced itself parallel to the floor. I blinked in surprise. I held myself that way for a few seconds – in disbelief. It was surreal. I did it. And then I did it again. It wasn’t a fluke!

My shoulders were hurting afterwards – as though I had worked out muscles I never knew were there in the first place. It was throbbing with a dull ache, warm to the touch and tight. I felt proud.

I believe that we never stop growing or stretching ourselves. The biggest takeaway for me from this whole exercise (pun intended!) is that it takes time to practice anything at all. Whether it’s yoga, drawing, or doing your own business. You might think that you don’t have it in you, but it’s all there. Every bit of it. You just need to find your way, and maybe you’ll fall down like I did (and I don’t just mean on the mat!) but you’ll soon find the strength you never had.

When that happens, it’ll just take you completely by surprise.

And then you’ll be proud.

Is there a hurdle in your life that you just wish you can get over? Whether it’s something physical, or even if it’s a mental block – what have you been doing to move past it? Share your thoughts right here with me in the comments below!

5 Replies to “How to stretch yourself”