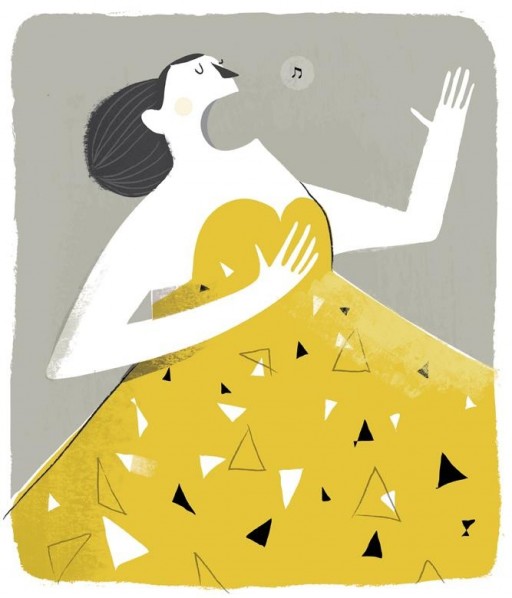 My first contact with illustrations were from children’s books. Whenever my parents would head out for errands or to the shopping mall, they’d drop us off at the bookstore (this was when the world was much safer) and come pick us up when we’re done. They said that I’d be studying the books – both images and text to the point where it seemed like I disappeared into my own little world.

My mom also frequented a second-hand bookstore right below her office at the time, and brought home all sorts of gems – like Richard Scarry’s books, old classics like the Hardy Boys, Enid Blyton and many others. It was a mixed bag of goodies and I was always enthralled by her finds. Back then, I was more into words and text, rather than images. My parents found out how much I love reading by the way I kept looking at newspapers instead of just normal children’s books – although the latter was much more colorful!

My love for illustration was ignited after I was exposed to publishing. While I was in design school (studying landscape architecture), people often remarked how my skills belonged in the fine arts instead of design – and I couldn’t understand what they meant at all. When I consciously made a decision to take a step into the world of magazines – and publishing – that’s when my appreciation for beauty began to solidify. And it also marked the beginning of an informal introduction into the psychology of sales, marketing and how creativity works in the real world.

So when I discovered illustrations after being in the publishing arena, it was from a completely different viewpoint. It wasn’t a love borne out of pure nostalgia. It wasn’t a love that was with me for a long time. It was new, it was fresh, and it had meaning. Illustrations to me were more than just pretty pictures. It had to be able to “speak” in order for me to feel as though it has completed its transaction. It had a purpose, and it had a voice.

I’ve learned that creativity has a lot to do with communication. And that goes the same with illustration. How you tell the ideas behind your story, is every bit as important as the story itself.

Because let’s face it, everyone can draw a picture. And almost anyone can tell a story. But to tell a story through a picture? Now that’s not something that’s easy to do, and to do well. But that is what makes all of you – artists and illustrators – so powerful. You’re practically a superhero.

But remember this: without the tangible aspects of building a bridge between you and the viewer, your work becomes something that is hard to reach, harder to grasp, and ultimately something that will be forgotten.

Have you communicated with others besides yourself lately? Have you used your superpower for the greater good? I’d love to hear your stories!

16 Replies to “Artists & illustrators: Have you used your superpowers lately?”