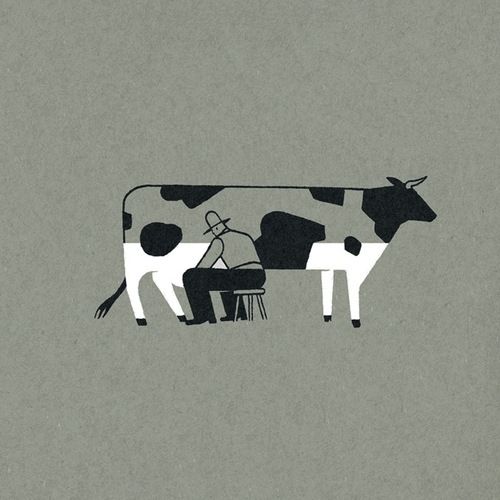 When I first left my full time job 7 years ago, I suddenly felt like a city mouse set loose out in the countryside. Time seemed to pass slowly at first, but then it got quicker and quicker. I had lots of opportunities for fresh air – but I found that often locked myself in, concentrating on work instead. More often than not, my hours were longer than a 9 to 5. Freedom was stifling.

My timetable was turned upside down. Where before I could tell what I would wake up, it now felt like I could do whatever I want, whenever I want. And it started to weigh down on me. But wait, having freedom is great right? People come up to me and say things like “Oh wow, that’s so cool, I’d love to work for myself, like you, so that I won’t have a schedule to follow.” Except that it’s not like that at all. It was debilitating.

Weird things start to happen when you get too much of anything. In this particular case, I suddenly had a lot of time freed up, so that I could concentrate on freelance work and on my website; instead of having an alarm wake me up at 8.15 every morning (after many snooze buttons prior) and cursing the traffic under my breath each time I set off to work. I felt odd. Almost in a surreal way. As though time was this continuous line that ran without stopping or pause, and I was just a mere beat that time skipped over.

I woke up at odd hours, and slept even later than when I was in a full-time job. Instead of dressing up and showering to go to work, I found myself lounging around in my pajamas and having extended breakfast while skimming over the newspaper (contents of which I wasn’t really interested in anyway). Hours could pass. And then it would be lunch, followed by a TV series that I missed. And pretty soon it was time for dinner. Where did the time go?

After a few weeks of this unstructured schedule, I found myself in a rut. My productivity plummeted instead of what I thought it would do – that I’d be super crazy productive and churn out lots to show. Alas, to my dismay, it wasn’t true at all. I couldn’t think straight – I felt like there’s a haze hanging over my head and weighing my entire being down. My work suffered. My happiness level went way down. I’d get irritable and defensive when anyone asked about my day. I’d get jealous of other people who had colleagues – my companion at home were two dogs who got to take a lot of naps during the day and wasn’t particularly interested in engaging in a two-way conversation with me, dog language or no.

I craved for something but I didn’t know what. And it was driving me nuts. I was a mice left out in the field too long and instead of thriving, I craved for a cage instead. A semblance of order. Walls too, so that I could figure out where I fit in the whole picture.

So I whipped out that alarm clock again, and set a time everyday for waking up. I took a shower. Dressed up a little. Put on make up. After that, it was straight to the table for a quick breakfast. An hour later, work began. No ifs or buts about it – non-stop working for an hour at which I could not surf the internet, read or watch anything non-related to work. And it felt good.

I felt a sense of purpose. I felt that I was in control of my situation. I found that when I focused my energy and attention towards a project I could get things done quicker and more creatively than when I dawdled around, aimless and listless. I went in search of inspiration, instead of waiting for inspiration to strike me like a proverbial bolt of lightning. I took constant, but shorter breaks in between, and felt my mind filled with ideas even when I did stop. I read a lot more, offline and online; I was ravenous for information and devoured everything in sight so that I could sort through things and find patterns and connect the dots. I organized like mad. I exercised regularly, and was able to set up a system where I could just stop my work and head down for dinner, and continue right back to where I stopped before.

I found that when I had a system in place, I didn’t have to worry about a lot of things. Having a schedule freed up my energy and time, so instead of spending them thinking “what’s next?”, I went on autopilot mode for the things that didn’t matter. My brain suddenly got a lot more room to think up new things instead of feeling guilty or having to keep track of things all the time. Go brain!

I wasn’t caged up, but I felt better. Instead of putting up permanent walls, I put up a chain link fence just so I can know where my boundaries are. I could peer out and see what’s out there, and I could also peer in to see if what I’m doing works. I had a structure. I had a ritual. I had a plan.

Have you ever had to restructure your time, and did your productivity suffer? Do you have any specific rituals to get you through the day? I’d love to hear your experience and story, so do share them with me in the comments!

If you think this article is helpful, there’s more coming your way! Just sign up for our free and fun weekly email newsletter to get notified when a new post is up – precisely because I know how busy life can get!