I was standing a few feet away from the podium, and getting all nervous as I waited for my turn to be called up. Some minor tinkering needed to be done for the projector settings, as I included videos in my lecture, and so I needed sound, but right now there was none. As seconds trickled into minutes, my hands felt all clammy and I could feel the trickle of sweat come down my forehead although the room was comfortably cool against the sweltering heat that I had evaded before.

As I waited for the technician to wind up their trouble shooting efforts, I looked at the audience – about 40 to 50 fresh faced students and faculty were staring at the screen eagerly – waiting for the presentation to begin. Anytime now. I bet they were wondering who the heck I was too, I thought to myself. And at that moment, I thought to myself, why me? Why did I get a chance to stand up here and deliver a speech to a batch of wide-eyed students who would soon graduate with a degree in graphic design & illustration? I didn’t study illustration or graphic design while I was in university, although I did spend most of my time in a studio, designing spaces. What I did do was to study the subject intensively though, on my own for the past 5 years. I had no right to be up there.

I was gripped with fear all of a sudden. All the things that I wanted to reach out to students to tell them about – the fact that everything is a process instead of a one-off experience – study, exams, career, passion, life. That there isn’t a such a thing as doing it wrong. That the process isn’t a linear trajectory. I wasn’t there to tell them what to do. I only meant to share with them what I had learnt throughout the past 5 years when I threw myself headlong into studying what I was passionate about. I didn’t need a degree to prove to others that I love illustration and to share what I’ve learnt, certainly. Or do I?

Perhaps it was also due to the fact that I was certain that I had the simplest slide show on earth, compared to the other speakers who went before me.

I had slipped in to see the other speakers present a few hours earlier, and what I saw were slides after slides with dizzying effects (and music to boot!), peppered with cool animation sequences – fun to watch when I was part of the audience, but since I was looking at them before I was due to give my speech, it only made me want to curl up into a ball and slink away silently. My slideshows had hardly any animation at all. Simple big words up on the screen. Even bigger images that filled up my presentation, single ones, mostly. I felt small. Tiny. Insignificant. What was I thinking?

I could hear the emcee speak. And then I’m up on that podium. Staring. Looking. Fumbling. Forgetting. Then I began. Deep breaths.

And then it was done. Just like that. In that split second when I quieted I hoped that I wouldn’t have to hop down the stage cringing at how I sounded in my head. I had gripped the edge of the podium with my fingers, steadying myself, hoping and waiting to hear the responses to what I had delivered. I was prepared to close my eyes, because I’d dread what I’d find: bored faces of students with glazed eyes, or worse, if I had laid my eyes on those who fell asleep.

But no one was sleeping. Their eyes were fully open, wide awake. I heard a first applause. And quickly, another. And within a split second the room thundered with pairs of hands finding each other in a raucous rhythm. And all that fear inside me dissipated. Dissolved. Melted away like it never happened at all. But it did. And I remembered. I also remembered why I stood up there, despite how my tummy was filled with the wings of a thousand butterflies, and how I doubted myself and cursed my boldness a few hours before.

There wasn’t time to think. The next thing I knew, came a flurry of questions and answers. There were laughters ringing in the hall. Kind teachers and students who put up their hands and stood up to remark about how they enjoyed the speech, and they loved the fact that I “kept it real”. There were thank you’s, hugs, and even tears. Hope, love, happiness. There were bright flashes of light too – people who wanted to be photographed with me! Although I can never have fathom why (up to this day), but I wasn’t one to argue. Smile, hug, click. I certainly didn’t expect any of it at all. 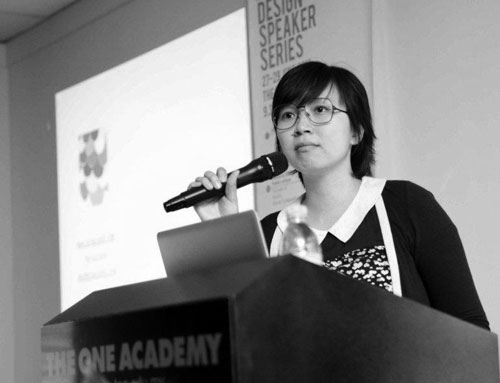 In the comments below, tell me:

16 Replies to “For days when you feel like a fraud”