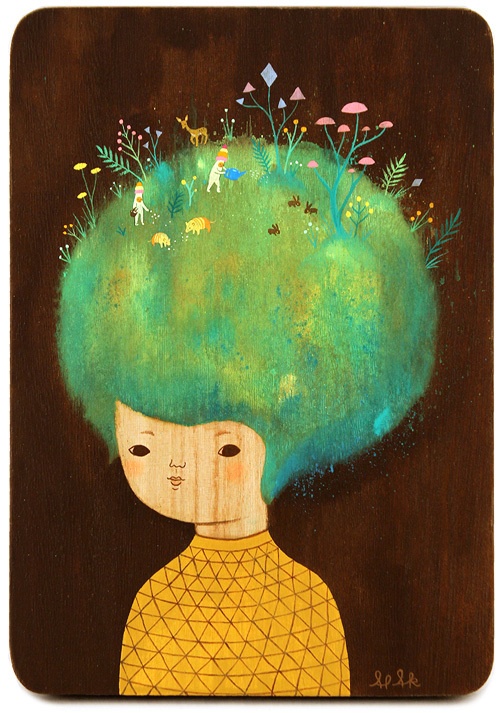 “When you’re being told that you’re good at something, you start to believe them and then you forget about your hopes and dreams,” ~ Ken Spillman

This topic of growing has been on my mind lately.

Growing, shifting, experimenting; along with the fear and excitement that comes from it all. I lost this a while back, and instead of pushing myself forward, I found myself a bit more frozen with fear with each passing day. I wasn’t excited either. I was stuck. I thought it was just an internal rumbling that came from being bogged down with work, my impending wedding, and my grandmother being unwell. I didn’t listen to that small nudge that persisted inside my heart and my mind. I blocked it out, convinced that if others didn’t feel the need for me to change, then there must be some truth to what I’m doing – that it’s okay to stay the course.

I attended a talk during my time at The Asian Festival of Children’s Content two weeks ago, and Ken Spillman was giving a talk about finding his calling. And what he said stuck with me for a long time. He was a non-fiction writer who turned to writing for children after many, many years. When he was writing non-fiction, everyone told him how good he was at it. He believed them although he felt conflicted inside – and it tore him apart. “When you’re being told that you’re good at something, you start to believe them and then you forget about your hopes and dreams,” he said. We talked a bit more afterwards about it one-to-one, and his message hunkered down deep.

There’s a lot of pushing and pulling. And yet I’m stagnant. Coming to terms with it has been liberating.

I’ve known only too well that anyone – whether you’re an artist, a writer, or an entrepreneur – that there is no such thing as being stagnant. There’s only moving forward, or slipping backwards. No two ways about it.

And I’m excited to move forward.

What about you? Have you ever been in a situation where you consciously moved forward instead of letting yourself slip backwards? I’d love to hear your story, and I’m sure that it will resonate with others as well!

If you’re a little confused, allow me to shed some light – this week marks the last online class that I’ll be teaching for now, and it’s called Visual Journaling, and I’m teaching with Jamie Shelman. It’s part of the Pikaland Artist Bootcamp series as well as Camp Pikaland – where I gather teachers and students together for online classes which started in 2010. I love bringing people together and it was great fun too! But the time has come for me to grow personally and as well as take Pikaland to the next level, and in order to do that, I’ve had to give up Camp Pikaland for the time being. Technical difficulties also played a big part in the decision, as it would take enormous resources to upgrade the site – I’ve been given an ultimatum to comply and to make these changes to the Camp Pikaland website, or be shut down. I chose the latter.