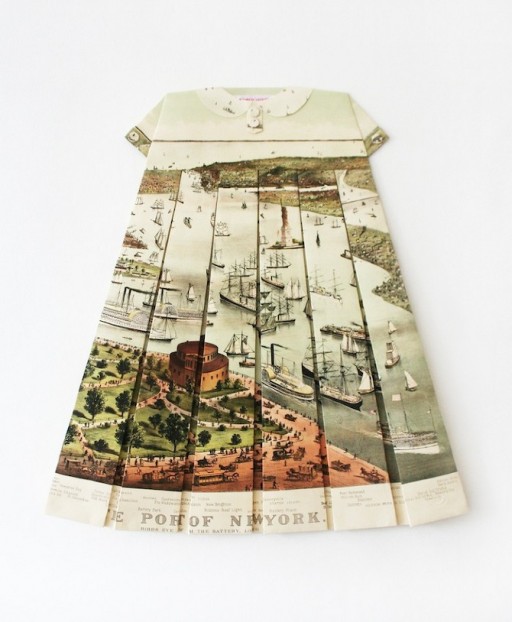 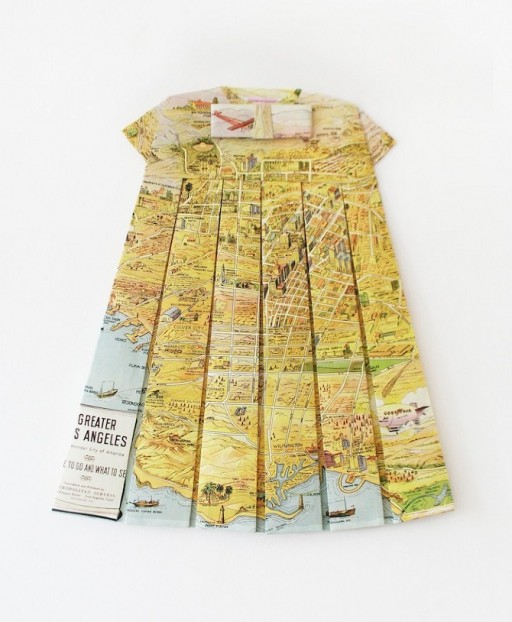 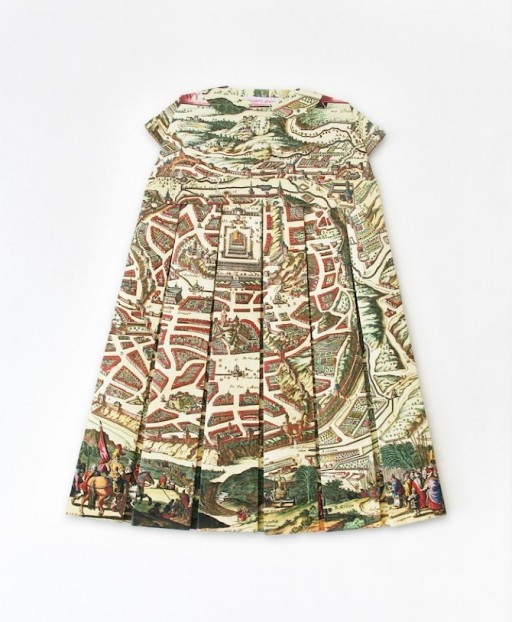 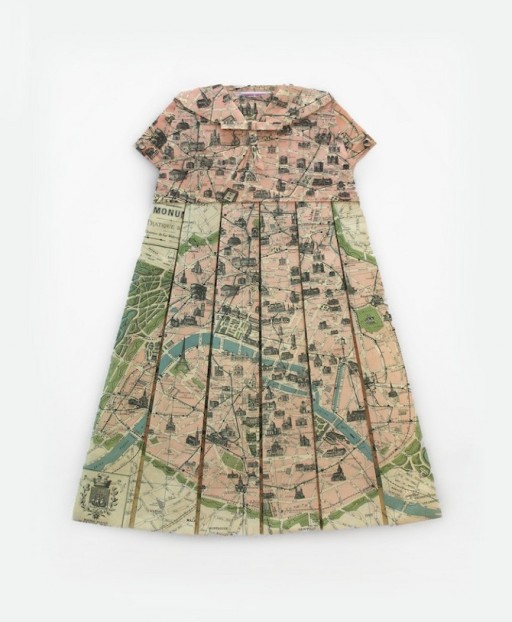 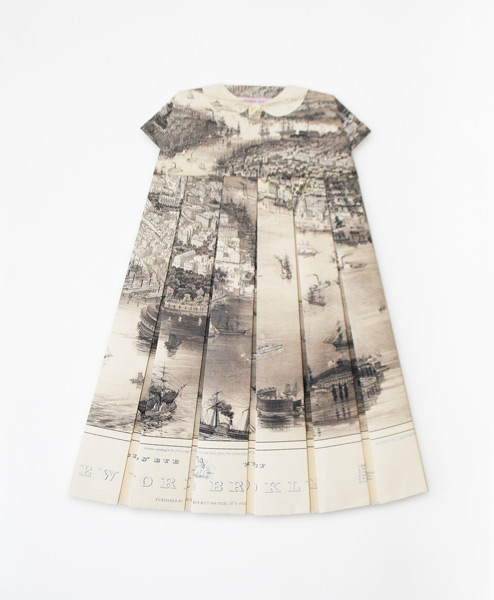 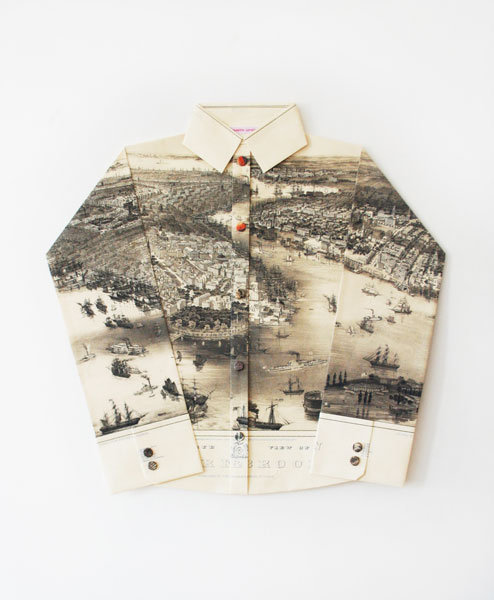 Sometimes I see things online that are so interesting that I make a mental note of it to myself and leave it at just that. For example, I saw these dresses made out of maps by artist Elisabeth Lecourt, based in London, over at Lost at E Minor a couple months ago and I just saved a note about it on my Springpad – an app that holds most of my personal notes and observations. I share a little less here than I did a year ago, because I thought that I didn’t need to contribute more noise out there, since others were doing a pretty bang up job at it anyway.

But then I asked myself what this blog was for, right from the beginning – it’s not just for you, my dear readers. It’s also for me – you guys are just taking a peek into my brain, really (don’t worry, you’re all invited). I must apologize because I sometimes forget that – performance anxiety and all. And gosh darn it – if I see something that makes me squeal with delight – even if it has been reblogged a thousand times already – then I’ll try my best to remember that perhaps you haven’t squealed just yet.

So take a look at Elisabeth’s work and notice how her creativity spans not just maps and paper, but she turns whatever she touches into a means of expression. Read her artist’s statement:

[quote] Sensitivity and vulnerability are the main subjects in the work of the artist Elisabeth Lecourt. In the work of Elisabeth Lecourt the feminine figure is seen like the spine of her house, like an essential component of this particular world. But the woman like structure to medular can be a contradiction, because although funge like the strong part that maintains the building, is also vulnerable and touching. The vulnerability of the human being, the fragility of the bodies exposed by Lecourt proposes a painful beauty as well, as much by the emotional thing of the topic like by its own necessity to understand our body and what there is within us. [/quote]

[Via Lost at E Minor] 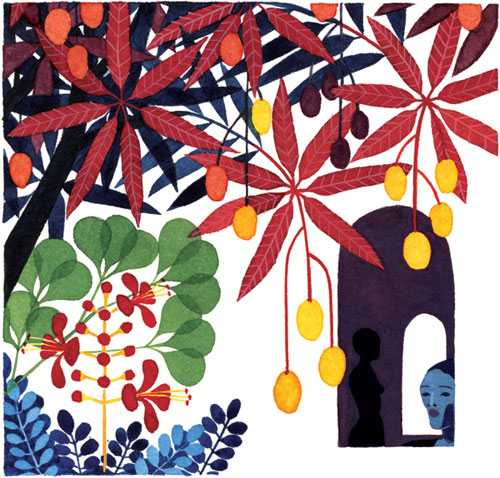 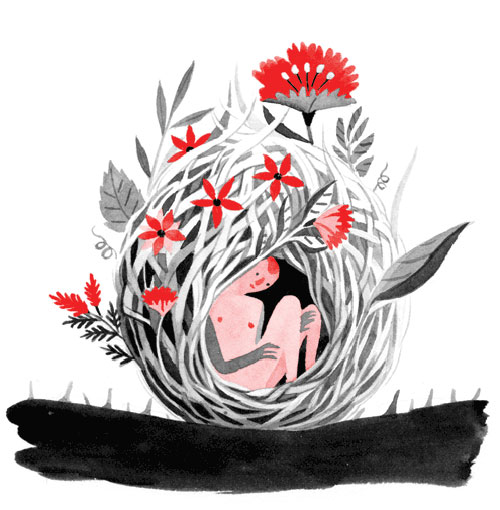 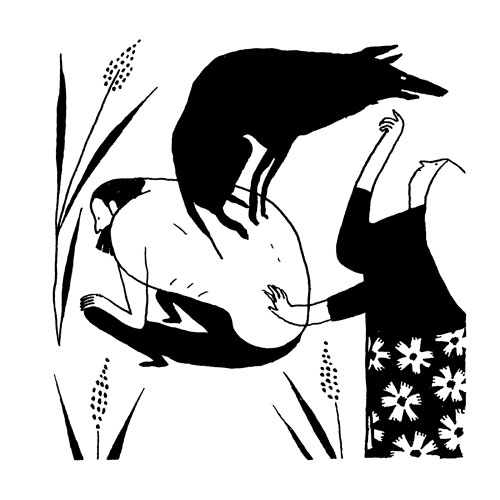 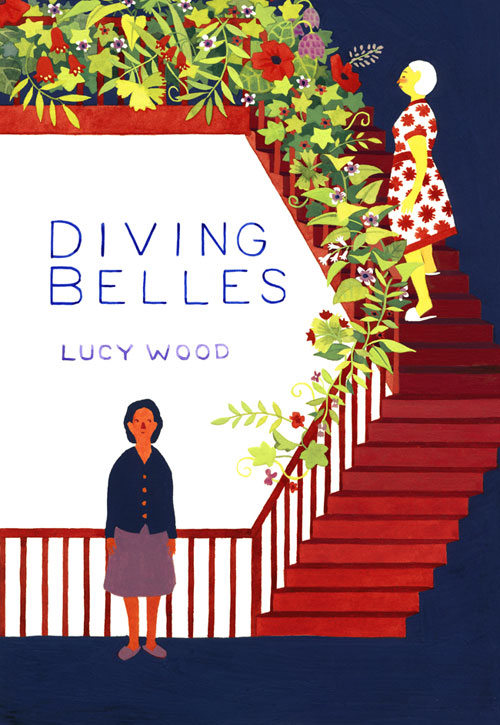 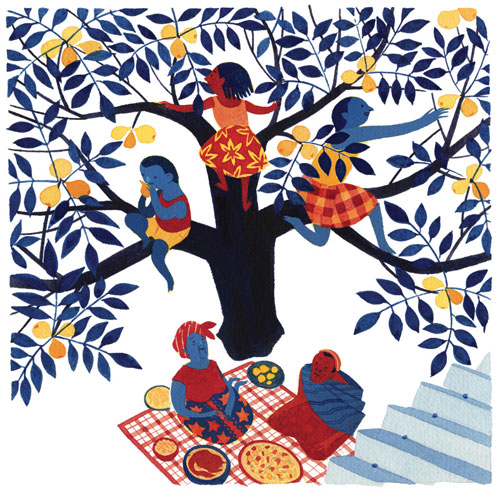 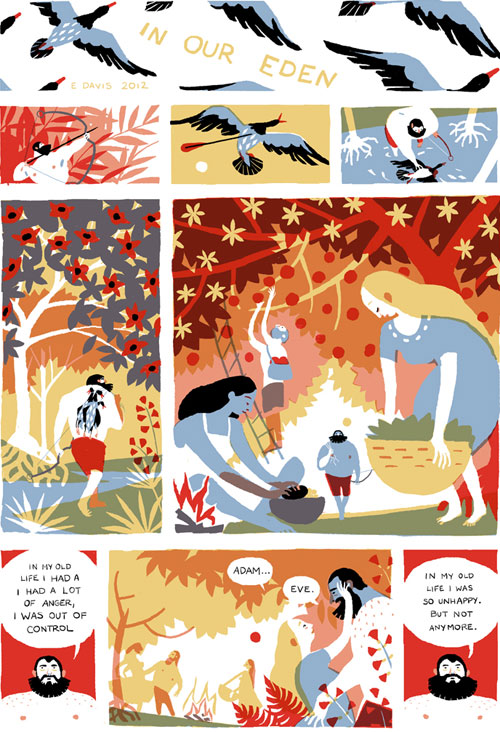 I’ve got a crush on Eleanor Davis‘ work ever since I found out about her a few years ago through the folks at Fantagraphics. I was surprised that I never got to showing her work on the blog, so I thought I’d put an end to that nonsense today. The images here are some of her recent work which you can see on her website.

She’s a cartoonist and illustrator who regularly posts about her work (these little comic shorts are amazing) so there’s always new things to discover. What I love about her is how her illustrations are framed – really interesting perspectives that when combined with her style (the control she has over watercolor is magical) creates illustrations that really draw you in to see what’s happening. I also noticed that she has a lot of illustrations and sketches of people warmly embracing – kissing, hugging, etc., – a playground of intertwining limbs (which is marvelous really, there’s not enough love going around!) Her work also makes me wonder: What’s her story, What’s his story. What’s their story. What is all this?

See more of her work on her website, and also make sure to visit her brilliant sketchblog. 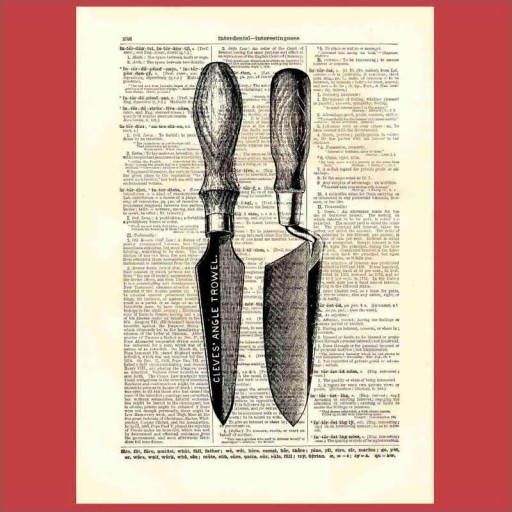 I snapped yesterday in class. And it wasn’t pretty.

It happened after I gave a presentation to my class about the people, artists and brands who inspired me. I created a slideshow, showed video clips and shared about why they were special, and the patterns that link through them and how the students would benefit by thinking and going deeper into researching their own likes and dislikes; while understanding the reason behind the way these artists work.

I gave this presentation in turn – after hearing the class share a 5 to 10 minute presentation about who and what they’re inspired by last week. I prompted the presentation from the students after a round of exasperated hand-wringing and questioning yielded no answer to the question “who inspires you”. None in particular it seems. All of it a hazy blur. Let me be clear – some of them knew vaguely what they like. They just don’t know names, faces, etc; or how to articulate what it is that they like about the works they see. And that’s the biggest problem – either they’re barely skimming the surface or they’re not communicating their thoughts well. Either or; it was a problem nonetheless.

So when I went deeper and showed them what it means to go digging around for information (I was talking about Maira Kalman who researched about Abraham Lincoln who collected these findings into a book), I saw yawns. Glazed eyes. I saw people heading out to the restroom. And that’s generally okay with me. Maybe they had really small bladders or maybe they didn’t get enough sleep the night before. Fine. Then I heard shouts of “Wikipedia” – suggesting that it’s the place that people should go to for information – instead of Miss Kalman’s round-about way of going into Lincoln’s garden and collecting leaves, and her writing that seemed to ramble off information. I held my tongue. But when I started to ask about the names of the people who I’ve talked about on screen, a big giant blank went over the class. Names were uttered. Wrong ones. I wanted the names of 5 people. Not 10, not 20. FIVE. My face changed. The insides of my chest burned.

Angry because they were arrogant. Because they were over confident of their (at this point – very limited) abilities. Because of their nonchalance. But mostly it was because I cared. A little too much, I’m afraid.

They got me that list in the end after lunch. And I brushed my anger aside.

When I got back, I realize that I’ve left a lot of things unsaid although deep down I was frustrated at the whole affair. I tend to hold my tongue when I get angry – because I don’t believe in hurting people’s feelings – and so that’s what I did. Because I knew that when words are spoken it’s hard to unspeak them (or for that matter, for the other person to un-hear them). So I held back. Mostly.

But then I got to thinking. I should have told them that if I had Wikipedia, I could look it up myself – what do I need them for? What would the world need of artists or designers then? What would they be? Just another alphabet puncher on Google or Wikipedia? What would they hope to learn if they were confident in their assumption that they knew it all already? Would there be a place in their hearts and mind for knowledge if it was instead already filled up with self-righteous smugness?

Would they recognize golden nuggets of information if it hit them squarely in the face? Would they embrace digging? Would they voluntarily go a-hunting, not knowing what they would find, but revel in the journey instead? The unearthing of information, of facts, of emotions and science, and to put them together again with beauty? With clarity? Or perhaps shaped and moulded by their own hope and desires?

One can only hope.

I can only hope.

[Print by Jonathan Moore of Madmanincognito]