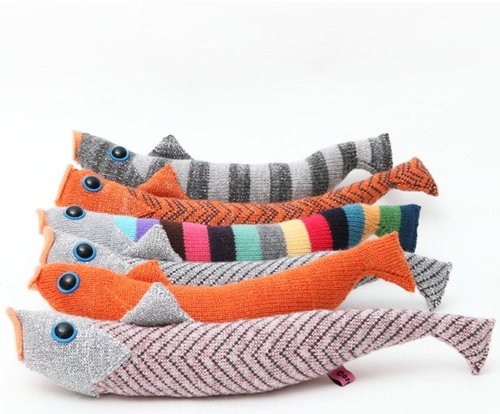 I was so thrilled to be presented to this week, instead of the one giving a presentation to you all. Because I’ve always wanted to know how you guys work, so that I can help you better. When each of you stood up there to tell me a little bit about your favorite characters, I was taken aback. I did not know half of the characters that you do.

You see, I live in the era of Smurfs (before it got CGI-ed the crap out of it), Sesame Street, the Electric Company, She-Ra, He-man and Thundercats. The latest cartoons that I could muster were Dexter, Cow & Chicken, and Catdog – back when I was stressed out studying and Nickelodeon was my companion. I could count on my two hands the number of characters that got me hooked, and so it was for my generation, where choice was homogenous, simply because it was mainstream at the time. This is fascinating to me because as an 80’s child, people halfway across the world are exposed to exactly the same things as I did. Same designs, same furniture, same TV shows, same cartoons, and yes, even the same clothes.

[quote] There’s not going to be another you that has the ability to be the best that you can be. [/quote]

But right now, there isn’t such thing as mainstream or the idea of “same-ness”. For all of you (and all of us), niche is the new mainstream. There are so many different intersections of style and design that were not readily available to us back then. Perhaps the time wasn’t right back then for the many different stream of ideas to take root and spread its reach, but it surely is right now.

Of all the characters that were shown to me, I could see maybe 1 or two similar ones that were favorites, but the rest of the characters and shows – about 80% of them are different from one another. All alien to me and all of them are so different from one another. Knowing what you are into helps me to place your work, and to identify with it better – it sets a precedent of what you’d hope your work can become, even if it’s an unconscious thread. And the possibilities are astounding.

From this exercise, I see all of you with new eyes. That you’re not just a group of students, united in the way that you’re brought together by physically being in one class – you’re a group of individuals. Individuals with hope and feelings. Of joy and reserves. Each with creative ideas of your own. And you should be confident in the knowledge that you are all different, each in your own way. Let’s celebrate that, and be proud – because there’s not going to be another you that has the ability to be the best that you can be.

So let’s see what you’ve got, because the world is waiting.

[box icon=”heart”] Every week, I teach about the creative process of illustration at a local college. And when I come home, I realize that I’ve forgotten to point this out, or to remind them about something. Dear Students serves as my own personal compilation of thoughts, and is a series dedicated to students around the world who might find my musings useful. To read the entire series, click here. [/box]

One Reply to “Dear students: Niche is the new mainstream”