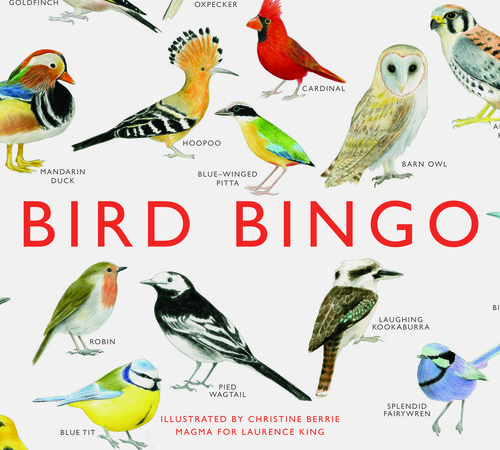 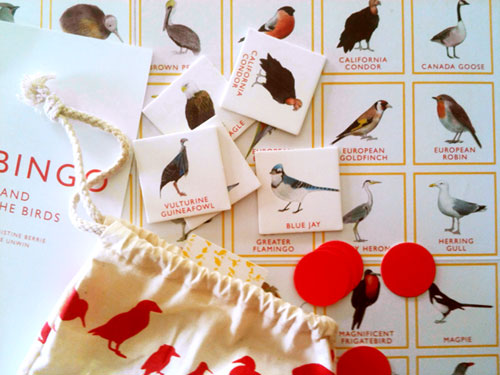 While I do like a bit of gloomy weather to dampen the tropical heat, there are times when it’s just a bit too much. It’s monsoon season over here in Southeast Asia and with it brings lots of rain and thunder, for days on end. I think the worst is when you have things planned and the weather decides to take a wet turn that’s unpredictable – drizzling lightly at some points throughout the day; to a spot of sun, which suddenly gives way to a thunderous heavy rainfall that strikes terror in urban folks who fear the next round of flood. So I’m staying very much put thank you.

If you’re stuck indoors like I am these days, then Bird Bingo might just be the antidote to a dreary day. Illustrated by Christine Berrie, it’s a delightful twist on the normal game of bingo (which I used to play countless times as a child, but see more of in TV where the old folks in the USA play it in groups instead). Where our tools used to be pen and paper, for this game all you need is space and friends to play along with. There’s no need for pens (can you imagine wrecking Christine’s illustrations?) as there are red dots to place on top of your bingo sheet when you strike a bird off.

I think the best bit is that it reminds me of bird-watching / hearing – quite literally. Ha!

You can get yours over at Amazon or Laurence King.